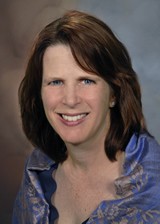 Apparently there are a number of men who, upon hearing about a women surgeon’s activity will state, “We don’t get to have a men in surgery group!”

This statement is both true and untrue.

While it would probably be considered politically incorrect to have a formal “men in surgery organization”, it can easily be argued that academic surgery remains the “men in surgery” club. Between 2001 and 2011, the number of women in surgery residencies increased from 24% to 37% of trainees, breaking that 33% number often associated with achieving “critical mass” for any non-majority group. However, in the ranks of academic surgery in 2012, women constituted 21% of surgery faculty, and women are apparently stalled as 9% of full professors in surgery. This paucity of women in academic surgery does matter, both in terms of availability of role models for our residents and students, and in terms of how women are seen and perceived in academic surgery. If you were to ask most (if not all) of my male colleagues if they have walked into a room at a surgical meeting and felt out of place, the vast majority would tell you no, and many would look at you like you were crazy for asking. In contrast, I know experientially from speaking to many of my female colleagues that we’ve walked into any number of surgical settings and felt fairly certain we didn’t belong there. My first experience of this nature came during my fourth year of medical school while on the interview trail- I was one of 40 interviewees at a program that shall remain unnamed on a given date, and I was the only woman in the interview group. While I knew I deserved the interview, I inferred that being a resident there had the potential for me to have to fight lots of battles that involved being judged not on my work, but on my gender. I didn’t have an interest in that. I still occasionally make jokes about it when I find myself seated in a room of surgeons in which I am the only woman- and yes, this does still happen in 2014.

My support for and involvement in organizations like the Association of Women Surgeons, is predicated on this idea that as women we do need a place where we are exclusively looked at for our body of work and where we aren’t judged for being any of the stereotypes associated with single/ married/ divorced/ childless/ childed women surgeons. For me, and for many others, it’s been a “safe” environment to expand our leadership skills and to experiment with authentic engagement with colleagues. My experience in a social sorority in college was similar, in terms of it being a place where my leadership skills were cultivated and I learned to collaborate with people who were very different from I. While I recognize that many horror stories exist about the collegiate Greek system, I remain passionate about the benefits of sorority life when it’s done “right.”

Would I have the leadership and team skills that I have today without Alpha Delta Pi and without the Association of Women Surgeons? Maybe. Would I be where I am in my career without the support of some wonderful men who focused on who I was as a student, then as a surgeon? Absolutely not. Did opportunities in these women’s-only organizations change my life for the better? No doubt, and I am absolutely certain that they helped make me into who I am today. For me, and for many women leaders in varied professions (particularly historically male professions), this idea of having a “place of our own” is critical to our professional and personal development. 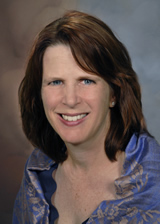 Dr. Amalia Cochran is Associate Professor of Surgery at the University of Utah.  She is heavily involved in undergraduate medical education, serving as the Surgery Clerkship Director and the Director for the Applied Anatomy track for 4th year medical students at the University of Utah.  Her research interests lie in surgical education and in clinical outcomes in burns.  She is completing her term as Vice President for the Association of Women Surgeons.