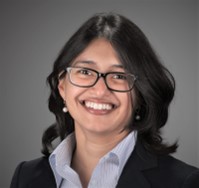 I was invited to write a perspective piece on being an Asian woman in surgery in honor of Asian American/Pacific Islander Heritage month. Given the diversity of the Asian American and Pacific Islander community, I couldn’t think of a better approach than to reach out to multiple people and include a breadth of perspectives and lived experiences. I reached out to friends and colleagues from my surgical journey thus far and asked if they would be willing to speak with me or provide me with some insight on their journey, as an Asian American woman in academic surgery. People were generous to a fault with their time and thoughts. I received emails and calls, and sometimes both, from residents, early- and mid-career faculty in academic surgery, as well as from people who were in academic surgery and have since left. Below is my attempt at summarizing what I heard, without taking away from the intent of the conversations.

Background
Several faculty and trainee surgeons felt that their cultural identity was the reason they went into surgery. Some said that their experiences of family members finding it difficult to navigate healthcare spaces due to linguistic and cultural unfamiliarity, or being treated poorly due to their differences were the reason they went into medicine. Faculty who work with diverse groups of patients and larger proportions of minority patients said that they were able to use their cultures and their diversity to help bond with and establish trusting relationships with their patients. Several surgeons indicated that their diversity and cultural heritages were their strengths. Some said that their immigrant parents pushed them to excel and taught them the value of persistence and hard work despite obstacles along the way. While everyone I spoke to loves their job, and many volunteered that there is nothing else they could see themselves doing, everyone spoke of several challenges, particularly workplace and career development challenges.

Career development challenges
“No one shows you the handbook of unspoken rules”
“Being unable to climb the academic ladder due to lack of support makes me question “Why am I doing this?”
“It’s much harder to find mentors if you don’t play golf and watch football.”
Lack of mentorship was very frequently cited as a barrier to career development, both by trainee and faculty surgeons. Several surgeons felt that this was not intentional, but that people tend to mentor others like themselves, leaving minority surgeons of all types less likely to have mentorship. Some faculty surgeons noted that they did not feel the lack of mentorship when they were residents and that they had felt supported during their residency training years, however mentors were harder to find as they progressed through early and mid-careers. Some trainee and faculty surgeons indicated that they didn’t necessarily “know or understand the rules”. Pregnancy was also thought to be an impediment to people’s careers. Surgeons reported being discouraged from going into surgery as medical students, as well as going into competitive or historically male subspecialties as residents. Some faculty surgeons reported that the lack of mentorship and sponsorship and/or departmental support in their career advancement led to a feeling of apathy. This was also reported as the reason for leaving academia.

Workplace Challenges
“Walking a razor’s edge”
“Do twice as much to be taken half as seriously”
A few surgeons indicated that they felt judged by their race, and they wanted to be seen as “a surgery resident” or “a surgeon” instead of the Asian surgical resident or the Asian female surgeon.

Attitudes and Perceptions
Every surgeon across all levels of training and career reported that they felt that they had been described in terms of biased and unflattering personality descriptors in evaluations they had received. Some residents felt that it was difficult to know what aspects of surgical training they needed to work on because several of their evaluations also listed sometimes contradictory adjectives.
“You are either passive and indecisive or aggressive and pushy”.
Several surgeons volunteered words that were used to describe them in evaluations, that are shown in a word cloud.

“You don’t look like a surgeon”
“Where are you from?”
Several surgeons reported that in their interactions with patients, hospital staff, and sometimes other colleagues, they were made to feel like they were different or “the other”. Some residents spoke of undermining and microaggressions in the OR and in the hospital, particularly by non-physician care providers in the hospital, but felt that they weren’t adequately backed up by their teams and colleagues when this happened. When asked how they felt in their workplaces, the most commonly used words were “underestimated” and “under-valued”. Surgeons reported feeling like their voice was not heard as much as others. Younger female faculty reported being treated dismissively at times by their colleagues as well as male residents, and not enough departmental support when this happened.

What helps
A thread that ran through several conversations was that people realized that their situations were much better than those in previous years, and that the challenges they faced were much smaller than those faced by their surgical predecessors. They expressed gratitude that they were able to be surgeons and have at least part of the life they envisioned for themselves. Surgeons who worked in self-described supportive environments with supportive chairs, senior faculty and mentors reported that their environments and advocates made it easier for them to continue to feel like they belong.
Some surgeons mentioned that some of their strongest mentors were non-minority men, particularly during residency and fellowship training.
Residents reported that having mentors, particularly female mentors who had already navigated a male dominated hierarchical field could discuss with them what barriers to anticipate and how to approach situations in a manner that would maximize their likelihood for success.
Surgeons also reported that having other Asian and other minority colleagues to speak with were helpful, and that shared experiences made them feel like they were able to develop a community.

What do you want others to know?
Some surgeons said that they felt like people assumed that they grew up relatively privileged, and they wanted to dispel the notion that all Asians are affluent or well-educated. They indicated that the myth of the model minority glossed over the nuanced cultural difference between groups, and that thinking about them as a non-underrepresented minority ignored the fact that “Asian” comprised so many different ethnicities, several of which are very underrepresented. Several surgeons mentioned their childhoods, growing up in immigrant working class families, and with English as a second language. Some credited their parents for their focus on academics, so that they were able to have a stable footing in society and lives that were more financially stable than their parents. A surgeon said that one of the reasons she relied on academics in school is because she felt like she didn’t belong and that in academics, she found something she was good at.
More than one surgeon said that they didn’t want to be identified solely on the basis of their race/ethnicity and gender and how they are different (as they felt happens currently). I have included some quotes below:
“We are all here to do the same job-taking care of patients, and we are just as good at doing it as everyone else.”
“Don’t say something to me that you wouldn’t say to a male surgeon.”
“When there are obvious micro or macroaggressions that happen in public and no one around says anything, it is isolating. It’s not that I can’t stand up for myself. But it shows me how much I am valued or not.”

The Future
Every surgeon that chose to discuss a forward-looking perspective indicated that things were improving, and that they sensed a shift for the better. As surgery is changing and becoming more diverse, it was felt that the challenges they face today will continue to improve. People indicated that there are now visible Asian American and female leaders as well as other leaders from minority groups, and that this growing representation and diversity would create a more inclusive environment that allows for growth in academic surgery.
Several residents and faculty surgeons expressed a feeling of wanting to pay it forward- of wanting to mentor other medical students and residents and to show them that it was possible to be themselves, to be Asian American women and successful surgeons.
“Don’t let people tell you that you’re too quiet or too bubbly.”

My Perspective
When I first reached out to friends and colleagues to ask them for their thoughts, I didn’t expect to receive the amount of information that I did. Reading through my compilation of the emails and notes from phone and Zoom conversations was saddening. While I expected that a lot of us had shared experiences, the pronounced feeling of being underestimated, undervalued and isolated, that most surgeons also felt that they could not discuss with anyone else since they would be misunderstood, was disheartening.
Surgical training teaches you to be a good soldier, and as a friend put it “show up, put up, and shut up”, but the expectation of most good soldiers is that their hard work would pay off ultimately. My sense is that the seeming lack of this paying off was what was most discouraging, particularly to early and mid-career surgeons. It’s not all doom and gloom though. Almost everyone reported supportive families and/or a community of friends that helped them through their surgical journey.
Community can be found through many avenues and in many ways. Shared experiences can help build and make us come together as a community. And here, I will interject with a plug for Society of Asian Academic Surgery (SAAS; https://www.asiansurgeon.org)- an organization I only discovered 2 years ago. Founded to focus on the personal and professional development of Asian academic surgeons and promote underrepresented populations in any arena of academic surgery, it is a place to find community, mentors and advocates who can point out obstacles and how to navigate them, and the elusive secret handbook of rules.
I want to thank all the amazing surgeons- trainees and early/mid-career faculty- who were so generous with their time and thoughts. I apologize that I was not able to include everything everyone said, but this includes something from every written or verbal conversation. I hope this was able to do justice in conveying thoughts, concerns and hopes. Any faults in how this is written and/or errors in interpretation or communication are entirely mine.

Annabelle Fonseca, MD, MHS is a surgical oncologist at the University of South Alabama. She completed medical school in India where she was born and raised, followed by residency training in general surgery at Yale University School of Medicine, where she also obtained a Master of Health Science Degree. She completed fellowship training in Complex General Surgical Oncology at The University of Texas MD Anderson Cancer Center. Following this, she joined the staff at the University of South Alabama as an Assistant Professor. Her clinical focus is on hepato-pancreato-biliary and other foregut malignancies, and her research focus is in disparities in access to complex oncologic care in foregut cancers. You can follow her on Twitter @afonsecaMD.