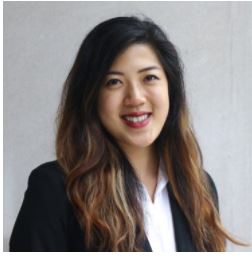 Surgical site infections (SSIs) continue to ail today’s physicians, despite centuries of advancement in aseptic technique. Patients are constantly cautioned about the risks of hospital-acquired infections, while it seems every effort has been made to reduce them. The rigorous focus on foaming in and out to patient rooms has been all too familiar to the medical student sporting a recent paper cut. Straying from the sterile field is met with a quick warning and a heightened sense of vigilance throughout the operating room. And yet, as of 2014, SSIs continue to plague 2-5% of patients undergoing inpatient surgery.

In the 1840s, a young obstetrician named Ignaz Semmelweis felt that there was a connection between physician contact with cadavers, regardless of the lack of visibly transferred matter, and the risk of infection. At the time, the leading cause of death within obstetrics was puerperal fever. He introduced a chlorinated lime solution to the hospital and mandated frequent hand washing. With hand washing, the rate of puerperal fever dropped from one in ten to one in one hundred. While the outcomes improved, the lack of a strong theoretical explanation resulted in a backlash. Louis Pasteur’s germ theory of disease would not be discovered until the 1860s.

At the time, his work was severely criticized. Danish physician Carl Edvard Marius Levy wrote a passionate letter against Semmelweis’ work, pointing out that the decrease in mortality was merely part of a continual ebb and flow that was natural to the fluctuations of healthcare, similar to current interpretations on climate change. He argued the improbability of anything small enough to be invisible having the capacity to kill someone and questioned the methods of this study. Despite Semmelweis’ seminal work, people continued their practices, resulting in the continued deaths of thousands of people. The backlash can be understood as a critique against the threat of the practice, as the honorable name of medicine would be tarnished were it true that physicians were the ones causing disease.

This tendency to reject new evidence or knowledge because it contradicts established beliefs has been referred to as the Semmelweis reflex. In psychology, this is referred to as belief perseverance, a phenomenon described as “beliefs [that] are remarkably resilient in the face of empirical challenges that seem logically devastating”. While it is known that handwashing causes a significant reduction in the carriage of potential pathogens, as well as patient morbidity and mortality from nosocomial infection, compliance remains low. A study found that while self-reported a handwashing rate of 73%, the actual measured rate was 9%.

The theory-practice gap is often cited as a lack of integration of environmental factors that are responsible for the difference between the idealistic and the realistic. However, athethird dimension of ethics can be added to this bridge, the moral duty and obligation to integrate theory and practice, not allowing for external factors to continue dictating unacceptable outcomes within healthcare practice. The beneficence of a physician’s care is not limited to pharmacological prescription or surgical decisions – every aspect of care is an opportunity to create a better health outcome for patients, and every aspect must be considered with outcomes are not at the ideal complication rate of 0%. When quantifying hand hygiene through direct observation, self reporting, and indirect calculation from product usage, compliance at baseline has been found in one study to be 26% for intensive care units (ICUs) and 36% for non-ICUs. With monitoring and feedback, compliance increased to 37% for ICUs and 51% for non-ICUs. There is opportunity to create systems that bridge the gap between theory, practice, and ethics.

From the reception of Semmelweis’ findings, it seems prudent to remain mindful of the biases that can persist regarding the physician’s role in patient’s healthcare, being aware that physicians can harbor pathogens as well. Handwashing at the time was a novel concept to prevent complications, but has now been accepted as fact – unfortunately, it has yet to be put into universal practice. Just as every surgeon must scrub into a surgery, there is an ethical imperative to bridge the gap between practice and theory by maintaining the self-direction to protect the patients’ well-being with every facet of care, handwashing not excluded. Connie Shao is a fourth year medical student at the University of Chicago Pritzker School of Medicine. She is originally from Michigan and enjoys swimming, reading, biking, and painting. She is applying to general surgery residency and has been meeting incredible applicants and inspirations along the way.

One Reply to “The Semmelweis Reflex: Consideration of a Gap in Theory, Practice, and Ethics”