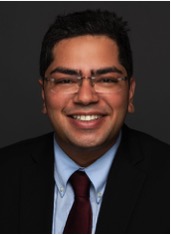 “With its unusually large proportion of highly educated and qualified women, medicine should be leading the way in gender equity. Leaders who have it within their power to address barriers to the advancement of women — and all underrepresented people — should behave ethically and resolve to act, expeditiously and with steadfastness.” – Dr. Julie K. Silver, Associate Professor at Harvard Medical School & founder, sheleadshealthcare.com

“I raise my voice – not so I can shout, but so that those without a voice can be heard. We cannot succeed when half of us are held back.” – Malala Yousafzai

In 1847, Dr. Elizabeth Blackwell became the first woman to be admitted to a medical school in the United States, after overcoming significant opposition. In 2017, nearly a century and a half later, more women than men were enrolled in medical schools in the U.S. for the first time in history. While we have made great strides in reducing the barriers to inclusion of women in medicine, true gender equity in healthcare remains elusive. Study after study has demonstrated that women are paid less for equal work, promoted less often, are less likely to have their research funded and are more likely to have their professional capabilities undermined, compared to their men counterparts. A recent report by the American Association of Medical Colleges (AAMC) showed that only 22 of the 369 surgery department chairs were women (<6%). From differences in leadership to gaps in salaries, subtle sexist remarks to overt discrimination, bullying, and sexual harassment, the systemically biased culture continues to thrive, thwarting the progress towards complete social and economic gender equity in healthcare. The current status quo not only impedes the professional development of the women in surgery, but also discourages the next generation of well-qualified, extremely talented women from pursuing careers in surgery.

While countless fierce and formidable women have paved the path towards gender equity, the majority of men have historically been mere spectators to the conversation of gender equity. #HeForShe is a call to action – a commitment from men to join the conversation, to be an ally and advocate with women to end gender biases and gender disparities. #HeForShe is an understanding that a fair, diverse and inclusive environment makes us all better, makes our teams better and ultimately makes patient care better. #HeForShe is the belief, that together we can achieve the goal of equity on all fronts within our lifetimes.

What does it mean to be an ally?

If someone repetitively engages in sexist dialogue, have a frank conversation with him/her and let them know it is NOT okay.

Most of being a good male ally comes down to being a good human being. Am I a good ally? I don’t know the answer to that but I believe together we can be better. Gender equity is a collective responsibility – it is not a women’s issue; it is a human issue. Organizations where men also actively participate in gender diversity efforts progress faster in achieving gender equity goals. #HeForShe is an advocate for equity, diversity and inclusion at all levels, someone who is not only mindful of gender disparities but also works persistently to eliminate them. Why be #HeForShe? Because simply put, it is the right thing to do.

I am #HeForShe, are you?

Apoorve Nayyar, MD is a breast surgery research fellow at University of North Carolina, Chapel Hill (@UNCSurgery). He is a proud member of the AWS, a proponent of #HeForShe in medicine and serves on the AWS Twitter subcommittee (@womensurgeons). Dr. Nayyar aspires to be a surgical oncologist; his research interests include healthcare disparities in cancer care and gender inequity in medicine. Outside of the hospital, he loves to travel and enjoys nature photography! You can find him on Instagram @apoorvenayyar and Twitter @apoorvenayyar