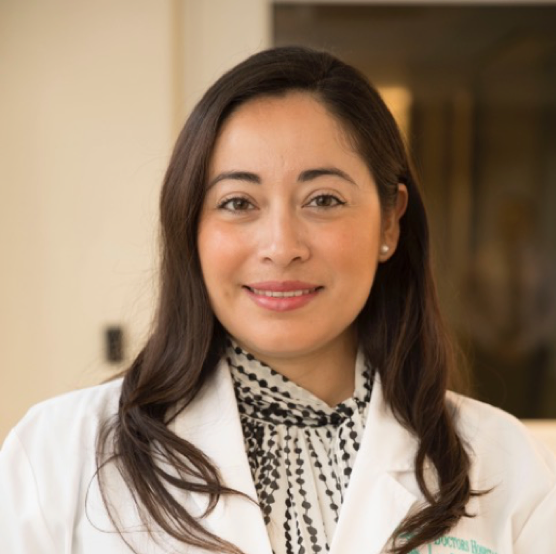 The past 6 months have felt like both a whirlwind and slow-motion. I have been looking for every bit of good news and reasons to celebrate to help keep my mood up during this ridiculously difficult year. So it is partly with that in mind that I am going “all-out” for National Hispanic Heritage Month (HHM).

We celebrate the history, culture, and contributions of Americans who immigrated or whose descendants originated from Spain, Mexico, the Caribbean and Central and South America. Each year, HHM is observed from September 15 to October 15. This period was chosen due to the significance of many Independence Day celebrations in those countries occurring in mid-September and Día de la Raza (Day of Heritage) being celebrated on October 12th.

Although I recognize we have a long way to go in terms of tackling diversity, inclusion, and equity in surgery, I can think of many people and achievements to celebrate when I think about HHM. We have three female and five male Hispanic/Latino Chairs of Surgery in General Surgery Departments across the US, at least one Chair of Neurosurgery, and two in Orthopedic Surgery. We have raised awareness about the urgent need to address the lack of diversity in surgery and the alarming rate of attrition amongst Hispanic surgery residents. I have seen the growth of the Latino Surgical Society (LSS), an organization I helped establish with close friends, to tackle issues affecting Latino patients, communities, and trainees/surgeons. I am thankful to other Societies partnered with LSS to provide guidance, support, and solidarity to tackle the above.

One collaboration I am particularly proud of is the establishment of a Liaison position that links the AWS and LSS. Similar Liaison positions are held by members of organizations like SBAS, SAAS, and AAS.  This year, I had the opportunity to serve in that role to develop joint programming and efforts aimed at increasing diversity. Some of the notable programming we have collaborated on include the Underrepresented in Medicine (URM) Medical Student Mentorship Program, the Diversity Equity and Inclusion Conference Award, and this month’s feature of notable Hispanic/Latino Surgeons and trainees.  As my term in this role comes to an end, I am optimistic about the future of the collaborations we have built with AWS and the other Societies.

There is Strength in Diversity and highlighting our colleagues is just one way to celebrate each other and build stronger bonds.  Follow our social media posts during Hispanic Heritage Month to learn more about Hispanic/Latino Surgeons and trainees. We will be using the hashtags #HHM #LatinxSurgeons and #AWSLSSCelebrateHHM. You can also follow LSS on all social media platforms @LatinoSurgery.

Dr. Minerva A. Romero Arenas is an Endocrine & General Surgeon. Dr. Romero Arenas completed a fellowship in Surgical Endocrinology at the University of Texas MD Anderson Cancer Center in Houston, TX. She  completed her General Surgery Residency at Sinai Hospital of Baltimore. She earned her Medical Doctorate and Master of Public Health degrees from The University of Arizona College of Medicine and the Zuckerman College of Public Health. She studied Cell Biology and French at Arizona State University as an undergraduate. Her interests include benign and oncologic endocrine neoplasms, hereditary syndromes, health disparities, quality improvement, global health, and genomics. A native of Mexico City, Mexico, Dr. Romero Arenas is passionate about recruiting the next generation of surgeons and is involved in mentoring through various organizations, such as the Association of Women Surgeons, Tour for Diversity in Medicine, Latino Medical Student Association, National Hispanic Medical Association, and Building the Next Generation of Academic Physicians. She is a Founding Member of the Latino Surgical Society. She enjoys fine arts, films, gastronomy, and sports. She enjoys jogging, swimming, and kickboxing. Most importantly, Dr. Romero Arenas treasures spending time with her family and loved ones. You can find her on twitter or instagram.