It can be easy to take for granted important public health measures when we have no real memory of what they prevent. It is hard to think of a better example of this than vaccines. Smallpox was once one of the world’s most devastating diseases. It was less than a hundred years ago when we elected a U.S. president who had been debilitated by polio. Now, with people believing more threat to be within vaccines than in what they protect against, we are having measles outbreaks, a disease we had eradicated from the U.S. in 2000. It is of no surprise a majority of the Disneyland measles outbreak victims were unvaccinated. We are in an age where presidential candidates, some despite their prestigious medical backgrounds, loudly debate the necessity of vaccines. They must have forgotten the iron lung.

While vaccines have helped conquer age-old plagues, they also have an important role in preventing disease processes we are still trying to understand, like cancer. It has been over a decade since the Gardasil vaccine became FDA-approved. Now it is used in more than one-hundred countries. Gardasil protects against multiple strains of Human Papillomavirus (HPV), strains that contribute to a majority of cervical, vulvar, anal, and penile cancers, but that’s not all. Increasing research shows that HPV is contributing to the rise of head and neck cancers. I recently had a patient on my internal medicine clerkship with nasopharyngeal carcinoma and no history of alcohol and/or tobacco use. His cancer cells were HPV positive. So as a reminder, it is important for boys to get vaccinated, not just girls (American Academy of Pediatrics).

The interesting thing about the Gardasil debate is how not just the anti-vaxxer camp is against it. I have seen a lot of parents who agree with other scheduled vaccines be extremely apprehensive when it comes to Gardasil. After all, Hepatitis B can cause liver cancer, and can be sexually transmitted, but we still vaccinate children against it at birth.

Here are some helpful facts for discussing the Gardasil debate:

You can and should get the Gardasil vaccine up to age 26, regardless of previous sexual activity, but the earlier the better. While 11 or 12 seems too young for your child to be thinking about these things, that is because we hope and pray it is early, early enough to protect them prior to any HPV exposure. Most men and women are infected with HPV at some point in their lives. Unless you believe your child will never engage in any sexual activity in the future, please vaccinate them early. It could save their life. 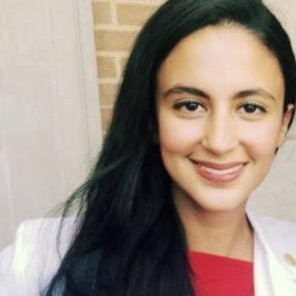 Nickey Jafari is a 2nd year medical student at the University of Kansas School of Medicine. She was born in Tehran, raised in Kansas, and attended Drake University in Iowa for her Bachelor’s degree in International Relations and Biochemistry. She is passionate about global health and is interested in how better access to and quality of surgery can help tackle disparities in outcomes.