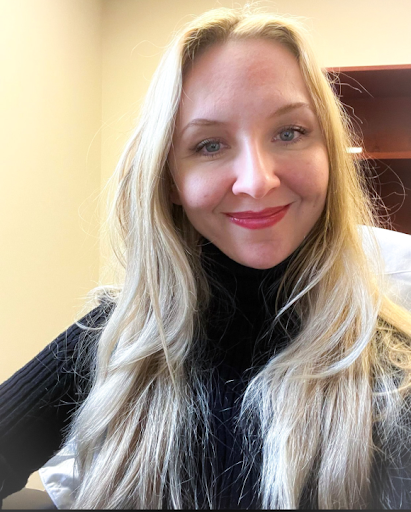 My (Jamesa) first-semester class was comprised of students from all walks of life. Some of my classmates were decades older than me, grateful for the opportunity to finally pursue their dream of becoming a doctor. Some of them, like me, were non-US citizens or first-generation US citizens, who had limited guidance on getting into medical school in the US. Many of them were off-cycle and did not want to wait another year to begin their medical school journey in the US. A few of them knew of successful doctors who had trained in the Caribbean. No matter the reason for attending Ross University School of Medicine (RUSM), here we were. Although I was born and raised in the Caribbean, the majority of my classmates were from the US and I truly marveled at the fact that they would fly across the world, committing to live in a developing Caribbean country for two or more years, in pursuit of their dreams. RUSM students begin our journey on the Caribbean island of Barbados where we complete the didactic courses. We then go on to do clinical rotations at various affiliated clinical sites around the U.S.

A few weeks into medical school, I found that I thoroughly enjoyed anatomy labs, which fueled an interest in surgery. It is no secret that international medical graduates are held to a different standard than US grads and so I knew it would be challenging for me to pursue a career in surgery. At that time, I did not know a single female surgeon. In my quest to find mentors and seek guidance, I connected with Dr. Yana Puckett, RUSM c/o 2012. Dr. Puckett, the definition of true mentorship, has served as a mentor to me and many other students, providing invaluable support and resources. She has also devoted her time to collaborating with our local AWS Chapter, Surgery Interest Group, and Research Society. Here is her story:

Growing up as a child of immigrants, Dr. Puckett often helped her grandparents and great-grandparents in hospitals and at doctors’ appointments, acting as a translator from Russian to English. She had frequent encounters with doctors and nurses and gained a lot of exposure to clinical medicine. Over time, she found herself drawn to medicine as a career. She found it very fulfilling and interesting because of the amount of knowledge she accumulated and so when it came time to decide what she wanted to do in college, her mind was already set on medicine.

She chose to attend RUSM because she felt that it was the right choice for her. Dr. Puckett states that she knew of great doctors who had attended Caribbean medical schools. She had also enjoyed her interview with RUSM and still feels that choosing to go there was the best decision of her life.

Dr. Puckett shared that one of the most challenging parts of her journey was the amount of knowledge that she had to digest during the first two years of medical school. Taking the USMLE tests and then having to deal with the anxiety of waiting for the results was hard. Another major challenge was that some hospitals would not invite IMGs to interview for residency, hence, limiting the options available to them. Nevertheless, there were still many programs that gave her a chance. She encourages medical students to keep working hard and to always be optimistic that things will work out in the end. “You will end up doing what you are meant to do,” she says.

Aside from that, she states that, for the most part, medical school and the journey into residency were very fulfilling and fun in retrospect. During residency, the hardest part for her was waking up very early for rounds for 9 years of training, as well as the stress that came with the responsibility of caring for patients and being criticized by attendings. Also, she found it hard to digest surgical complications as a trainee and to this day, as a practicing surgeon, cannot stand to have complications.

From the perspective of being a female surgeon, it was very disheartening how often patients saw her as a nurse or could not accept the fact that she was a doctor simply because she was a woman. Equally discouraging, was the fact that even nurses often do not take women physicians as seriously as they do their male counterparts. That was hard to accept given that women put in just as much, if not more, time and effort into training and are unquestionably deserving of equal respect.

She admits that having children during residency was a huge challenge as she still had to keep up with residency responsibilities. She found the guilt of leaving her children to go to work the hardest part! The most helpful part of her journey was her husband who was very supportive and did everything he could to keep her comfortable and free of worry while she studied in medical school and during residency. Also, having her mother-in-law live with them during residency and help take care of the kids was a blessing.

Dr. Puckett states that if she had the opportunity to do it all again, she would not do anything differently. Her advice to aspiring women surgeons is to just take it one day at a time when things get hard. That helped during months of difficult rotations or through difficult call schedules. “Just do your best one day at a time and don’t think ahead too far.”

Yana Puckett, MD, MBA, MPH, MSc is a Surgical Oncologist at St. Joseph’s/Candler in Savannah, Georgia. Dr. Puckett received her medical degree from Ross University School of Medicine. She completed her General Surgery training at Texas Tech University in Lubbock, Texas as well as a two-year research fellowship at Saint Louis University followed by an advanced fellowship in Complex General Surgical Oncology at the University of Wisconsin in Madison.

Jamesa Fabien, born and raised in the Caribbean island Dominica, is a 4th-year medical student at Ross University School of Medicine, Barbados. She is the current chair of the National Medical Student Committee. Through her involvement in AWS, she hopes to serve as an Ambassador for international medical graduates by helping to pave the way, generating awareness, and by coordinating projects geared at increasing support for IMGS.