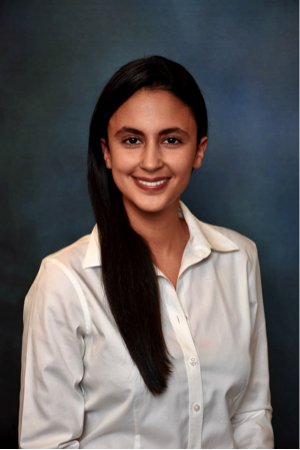 Perhaps you have already heard of crisis pregnancy centers (CPCs). I see highway billboards for them on most of my long drives throughout the rural midwest.

I recently received an email from a student interest group offering medical students to tour them. The first CPC opened in the 1960s, but they have since ballooned to far outnumber abortion clinics, and unlike abortion clinics, they can and often receive public funding. CPCs present themselves to women as healthcare facilities, but they are often unlicensed and unregulated. Certain U.S. cities, like Austin and Baltimore, and states, like California, have attempted to combat this with their own measures, such as requiring unlicensed CPCs to simply disclose the fact that they are unlicensed, but a recent Supreme Court ruled 5-4 that such laws infringe on First Amendment rights.

Furthermore, we should be concerned that CPCs often share misleading or outright inaccurate medical information with women. For example, one study of 254 websites referring to 348 CPCs found that 203 “provided at least one false or misleading piece of information”. These CPC websites often linked abortion to risks of breast cancer and/or future infertility, statements which are just not true – the American College of Obstetrics and Gynecologists also denies these claims.

The Public Health Risks of Crisis Pregnancy Centers raises the concern that these centers “often provide inaccurate information that may delay or interfere with women’s access to abortion and contraceptive services, improperly influence women’s reproductive health decisions and potentially increase the number of unintended births.” The American Medical Association published an article in their Journal of Ethics – Why Crisis Pregnancy Centers Are Legal But Unethical, has the following conclusion: “Although crisis pregnancy centers enjoy First Amendment rights protections, their propagation of misinformation should be regarded as an ethical violation that undermines women’s health”. “The V Word” is a podcast on women’s health and reproductive policy issues by Drs. Jenn Conti and Erica Cahill. In episode 17, they discuss CPCs in length. It shocked me when they mentioned a CPC where ultrasound technicians tell a woman her pregnancy is much earlier than it actually is in hopes that she misses the abortion window. When it comes to ultrasounds, only a handful of states, like New Mexico and Oregon, currently mandate licensure of sonographers. This begs the question – who is regulating if CPC staff are qualified to be performing and interpreting diagnostic exams to unsuspecting women?

The invitation from a medical student group to tour a CPC is what inspired me to write this piece because, as healthcare professionals, we have a lot of privilege and responsibility, and are hopefully trained to respect facts and evaluate issues as critically as possible. The intention of this post is not to change any opinions on abortion. This is an earnest effort to share salient truths about CPCs and raise some ethical questions to answer for yourself, no matter where you land on the abortion debate.We must ask ourselves if the ends here justify their means – is it okay for CPCs to not be truthful with women to achieve their political/ideological goals? Should unregulated organizations that are not held to any formal standard of care be able to present themselves as healthcare facilities or dispense medical information?

Join us tomorrow Monday 2/17 at 8pm EST for our next #AWSchat on the popular topic of #Mentorship ! Blog article by… t.co/wn96uDTL9m

Paging all MS4 and residents who love #medtwitter and are interested in a leadership position within the AWS Twitte… t.co/IiGOVsDGLz