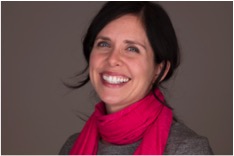 The last few weeks have been trying at best. Unprecedented, as they say. Feeling the anxiety of significant uncertainty, I find myself frequently stopping to slow my breathing and note the calming effect it brings despite a worldwide pandemic.

I am quite aware that much of the danger that my body is sensing is not due to immediate threat. It is secondary to the “freeze flight fight” response triggered by a sometimes overwhelming flood of concerns about our current situation. This emotional process triggers my amygdala to send out a distress signal leading to a cascade that stimulates my hypothalamus and then my adrenals which send out epinephrine activating my sympathetic nervous system.  You can see this reflected in the dilated pupils in my pale blue eyes, the spike in my heart rate recorded by my running watch, and my disinterest in eating due to inhibited GI motility.

The above cascade of events is extremely useful in energizing a fight when crossing paths with a black bear on a hiking trail or flight if suddenly trapped in a burning car. However, they can be quite detrimental when one is perfectly safe and socially isolated in their own home in a state that is unlikely to see a truly overwhelming surge in Covid-19 cases and deaths. Persistent surges of epinephrine in chronic stress contribute to increased blood pressure and other cardiovascular effects. A second component of the stress response is secretion of cortisol. In the acute phase, cortisol helps the body restore energy stores once the threat is gone. However, chronic stress and elevated cortisol levels can lead to excessive appetite and weight gain among other various and sundry negative impacts.

I know that I have an overactive amygdala and am susceptible to the impact of chronic activation of this system. As a medical student I took up rock climbing in an effort to try to tame it, assuming that it would become less active if I scared it enough. I was wrong.

Apparently, I am not Alex Honnold. For those who don’t know Honnold, he is the climber who free soloed (meaning he climbed with no partner, no gear, no safety net) the Freerider route on El Capitan in Yosemite in 2017. His epic climb was chronicled in the film Free Solo. One of the reasons he is able to achieve such feats is because his amygdala barely reacts. His lack of fear is counterbalanced by a high level of conscientiousness and obsessive preparation. He spent years preparing to free solo El Capitan. He practiced routes and moves over and over with protection until he was sure he would not fall.

Because I will never be Alex Honnold and my amygdala refuses to be tamed, I have had to learn other methods of calming my “freeze flight fight” response when unnecessary.

One of the simplest methods is breathing.

Breathing is hypothesized to stimulate vagal activation of GABA pathways from the prefrontal cortex  and insula which then inhibits the amygdala. Breathing techniques have been shown to reduce symptoms of stress, anxiety, insomnia, post-traumatic stress disorder, obsessive compulsive disorder, depression, attention deficit disorder, and schizophrenia. There are many ways to practice breathing including:

When I notice the effects of a spike in epinephrine, I stop and take 3 deep paced breaths. Sometimes I add a component of resistant breathing.

If you, like me, are not a thrill seeker, have an overactive amygdala, and are experiencing some serious activation of your sympathetic nervous system in the uncertainty of the current days, I encourage you to breathe. I have done these exercises alone, with my children, with my patients, and with my operating room team. While the exercises may be short, sometimes the moment of respite is all that is needed to initiate a long-lived response.

Jaime D. Lewis, MD, FACS, practices breast surgery at the University of Cincinnati College of Medicine in Cincinnati, Ohio, where she also completed her general surgery residency. After residency, she spent a year in Tampa, Florida training in breast surgical oncology at the Moffitt Cancer Center. Dr. Lewis is committed to improving wellness and professional development opportunities for the medical students and residents with whom she is privileged to work. Outside of the hospital, she enjoys running and spending time with her family. You can find her on twitter at @JaimeDLewisMD.

4 Replies to “The Taming of the Amygdala”