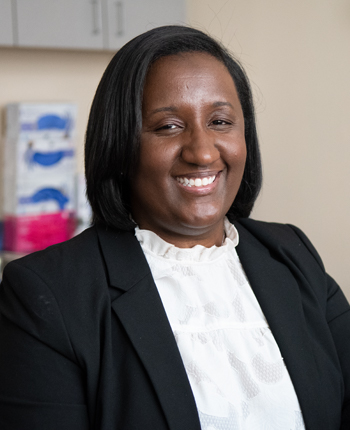 “Oh no sweetie, we are looking for actual physicians or nurses or some type of medical personnel. We don’t have time to talk to you.”

Dr. Cross’ viral social media post detailing the encounter, the commentary that followed, and ultimately, the subsequent Delta policy change, serves as one large example of how implicit bias has recently come to the forefront of many conversations surrounding race, gender, sexual orientation and politics.

A commonly accepted definition of implicit bias is an “Unintentional bias that arises from attitudes or stereotypes. This bias (both favorable and unfavorable) can unconsciously affect our understanding, decision-making and behavior without realizing it.”

In 1998, researchers at Harvard University, University of Virginia, and the University of Washington created the Implicit Association Test (IAT), a timed categorization exercise that measures implicit preferences by bypassing conscious processing. The overall goal of the project (which continues today in various forms) is to raise awareness and educate participants regarding their own personal biases.

Between the initial study period of 1998 and 2006, more than 4.5 million IAT tests were completed on the IAT website. The project found that:

Many health care organizations have administered the IAT, and when applied to physicians, a significant pro-white bias was identified. Implicit bias, however, is not just limited to race. For example, when the IAT was given to health professionals at an obesity conference, participants implicitly associated patients with obesity with negative cultural stereotypes, such as “bad, stupid, lazy and worthless.” Many studies have shown that implicit gender bias among physicians may also unknowingly impact treatment decisions.

Finally, implicit bias can also impact the organizational decision making that occurs in a healthcare setting. It can affect the hiring and promotion of staff, clinicians, and faculty. Each of these decisions can ultimately impact patient care.

These studies and more demonstrate that despite our best intentions, we are not immune to bias as we care for our patients and interact with colleagues. The implications of this have direct and potentially dangerous consequences for patient safety.

Additional studies, focus groups and discussions are needed to more clearly understand the nuances of implicit bias and its implications for healthcare.

But what can we do in the meantime? Awareness has been recognized as an important first step toward minimizing the effects of implicit bias.  Devine and colleagues describe six strategies to increase our own conscious awareness and reduce implicit bias:

1. Stereotype replacement — Recognizing that a response is based on stereotype and consciously adjusting the response
2. Counter-stereotypic imaging — Imagining the individual as the opposite of the stereotype
3. Individuation — Seeing the person as an individual rather than a stereotype (ie. learning about their personal history and the context that brought them for a patient visit)
4. Perspective taking — Putting yourself in the other person’s shoes
5. Increasing opportunities for contact with individuals from different groups — Expanding one’s network to include people of other racial and ethnic groups, gender identities, sexual orientation, etc
6. Partnership building — Reframing the interaction with the patient as one between collaborating team members

We all have biases, regardless of our gender, race, age, sexual orientation, academic background, or socioeconomic status.  As we continue to examine and challenge our own thoughts, we should simultaneously amplify voices, projects and organizations that seek to help us reduce the impact of this universal healthcare issue.

Join @womensurgeons and @SAGES_Updates along with our moderators, Dr. Arghavan Salles (@arghavan_salles) and Dr. Andrew Wright (@andrewswright), for a tweetchat about Implicit Bias on Monday August 19th at 8pm Eastern Time by following #AWSchat. If you haven’t participated in a tweetchat with us before, check out this tutorial written by Dr. Heather Yeo (@heatheryeomd) to know more.

We will be discussing the following questions in the tweetchat: