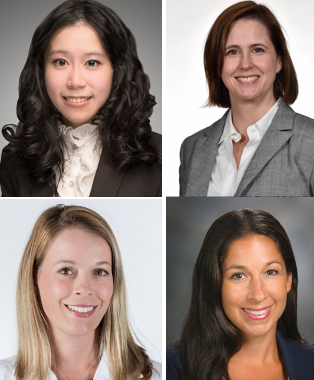 There have been great strides made in the number of women and in the diversity of trainees entering surgery in recent years, which, over time, has extended into subspecialty fields such as cardiothoracic surgery. However, despite these gains toward progress, cardiothoracic surgery remains substantially underrepresented in women and far from achieving the gender parity seen in those entering medical school. A large body of literature exists documenting gender bias and its effect on inequitable opportunities for women, ranging from evaluation, selection, promotion, remuneration, and beyond.

While explicit bias can be more apparent and, thus, can more readily be called out and addressed, implicit bias tends to be more elusive, affecting one’s thought processes, perceptions, and judgements. Studies have shown women in cardiothoracic surgery are less likely to be promoted with equal qualifications as their male colleagues, more likely to lose referrals after any imperfections compared with male surgeons, and much less likely to get hired after being fired compared with men in the same circumstances. Undergoing training and eventually working in environments fraught with bias and inequity carries implications in one’s career trajectory, objective measures of success, and ultimately career satisfaction. Creating an environment of diversity and inclusion is essential to ensure excellent care for a diverse patient population, to drive innovation, and to support the best and brightest candidates such that they not only enter, but also thrive in the specialty.

Please join us on August 23, 2021 at 8-9pm Eastern Standard Time for an AWS Tweetchat about implicit bias in surgery, in partnership with the Women in Thoracic Surgery (@WomenInThoracic)!  This chat will focus on ways to raise awareness regarding implicit bias, best practices for addressing both implicit and explicit bias, as well as strategies to increase diversity and inclusion in surgery and to cultivate inclusive and supportive environments for all.  The chat will be moderated by Lauren Kane (@LCKaneMD), Helen-Mari Merritt Genore (@HelenmariG), Jessica Luc (@JessicaLuc1), and Mara Antonoff (@maraantonoff). The questions will be posted directly from the @WomenSurgeons twitter account and you can also find them by following the hashtag #AWSchat. If you haven’t participated in a tweetchat with us before, check out this tutorial written by Dr. Heather Yeo (@heatheryeomd) to know more. We will be discussing the following topics during our tweetchat:

Jessica Luc, MD, is a cardiac surgery resident from the University of British Columbia, in Vancouver, Canada. She currently serves as Junior Website Editor / Social Media Director for the Women in Thoracic Surgery. She can be found on Twitter @JessicaLuc1.

Lauren Kane, MD, is a Congenital cardiac surgeon and currently serves as President of the Women in Thoracic Surgery. She is passionate about care of congenital cardiac patients, sponsorship and mentorship in cardiothoracic surgery and life. She can be found on Twitter @LCKaneMD

HelenMari Merritt-Genore, DO is an adult cardiothoracic surgeon at the Nebraska Methodist Hospital in Omaha, NE. In her practice, she focuses on surgical ablation, and minimally invasive cardiac and thoracic surgeries. She is active in several leadership roles in the Society of Thoracic Surgery (STS) and the Women in Thoracic Surgery (WTS) and remains engaged in mentorship through both societies. She can be found on Twitter at @HelenmariG

Mara Antonoff, MD, is a general thoracic surgeon at MD Anderson Cancer Center, and is the Senior Website Editor/Social Media Director as well as General Thoracic Surgery Representative for the Women in Thoracic Surgery.  She is the program director of the thoracic surgery residency program at MD Anderson and a proud mother of 4 children. She can be found on Twitter @maraantonoff)

One Reply to “Implicit Bias”