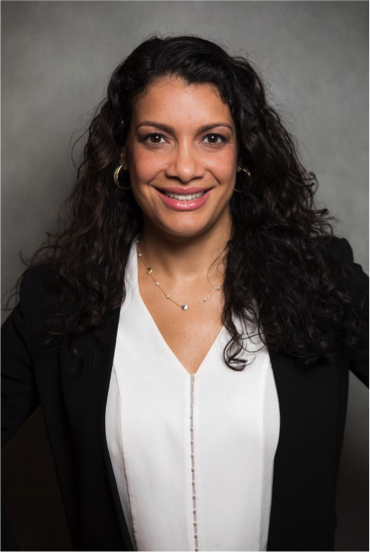 This time of year always brings me back to when I was starting a new job following fellowship training. After months of searching I’d found an opportunity close to home, with the promise of research and a busy clinical practice in my specialty. The opportunity was an ideal situation for me – or at least it seemed. However, several weeks after I started, a growing sense of apprehension slowly turned into a dreadful realization that my dream job, was in fact, not. While this was certainly not an overnight realization (I was there for nearly 4 years…), and hindsight is 20/20, there are three simple lessons I learned from that experience which I wish I had known beforehand.

Advocate for yourself….from the beginning. We all are aware that women suffer from the “imposter syndrome” at a much higher rate than our equally trained male colleagues.  However, countering that feeling isn’t only about knowing and believing you are more than qualified to be in a particular position. It’s also about advocating for yourself, establishing a presence and doing so in all instances from the very beginning. When I started my first job, I instinctively felt a need to fall in line, not speak up or cause any waves. Day after day, I arrived early, stayed late, and tirelessly worked alone on strategies to grow my practice. All the while, keeping my head down to avoid any disruption of the status quo or to come across as demanding, high maintenance, etc. One can imagine the shock I experienced when I was accused of not being available to cover my colleagues. Not only had I never said no to anything which was asked of me (resulting in an infinite list of useless ‘tasks’), but I had never actually been unavailable. Yet, I hadn’t established a significant presence in the practice and that made me a convenient target for criticism. Couple that with maternity leave and there wasn’t much else I could say. By the time I realized I was the only person who would be advocating for myself, my first year had passed and an undeserving perception about me had been formed. As a result, the many meetings I subsequently scheduled with leadership to establish a voice and express my concerns were answered with a lot of head nodding and followed by an equal amount of inactivity. Ultimately, I realized I should have approached my job as a sprint and leapt off the start line accelerating. Instead, I had approached it as a marathon, hanging with the pack and waiting to make a major move at the halfway mark. But by then it was too late.

Just because someone is in charge, doesn’t make them a leader for your success. Don’t get me wrong, a lot of accomplished, well-respected people get put into well-deserved leadership positions based on their academic success. However, being in a leadership position does not necessarily mean those individuals have the skills, training or interest to help you advance your career. I experienced this the hard way at my first job. I was naively under the impression that working with a senior surgeon, who had obtained all of the accomplishments I aspired to, would translate into my success. Certainly, they’d want the same for me, right? The truth is, investing in someone’s career doesn’t happen by osmosis (I know this seems painfully obvious) and it takes a lot of time, commitment and energy to develop a junior faculty member. Not everyone is willing to adjust their schedule, campaign for you and include you on their projects to make that happen. Therefore, even if a new position has an assigned  mentor or someone senior to help develop your practice, ensure they have the skillset and time necessary to invest in you. If not, seek out someone you identify with who does. This will ensure you don’t waste time with assumptions on your end (or theirs) about what your success looks like!

If things aren’t working, make a change. Too often, particularly at the beginning of one’s career, there is a sense of wanting to stick it out to the very end, with hopes that ultimately, everything will work itself out. Queue the mantra, ‘there’s no such thing as a dream job.’ I think as a strong-willed, driven, committed person with a “never quit” attitude, it was hard for me to accept the realization that I needed to look for another job. I was not accustomed to giving up, having persevered through many obstacles in pursuit of a career in medicine. Yet, with all of the red flags present from the beginning, I should have questioned why I would want to stay. While making a change should be balanced with an attempt to ensure a situation is not irreconcilable, that is no reason to delay beginning the process for what your next career steps are.  Waiting too long could mean losing an opportunity for something better. Just remember, every moment you are sitting in an unsupported position is lost time to advancing your career. And frankly, if there are that many red flags, why would you want to stay in the first place?

In the end, the life lessons learned from my experience are simple – you are in charge of your own self-promotion, ensure you have the right mentors (coaches, advocates, etc.) in place to support your professional development and resist the temptation to settle – when the job of your dreams, isn’t.

Melissa M. Alvarez-Downing, MD, FACS, FASCRS is a well-supported and fortunate colorectal surgeon at Rutgers New Jersey Medical School, where she also serves as an Assistant Program Director for the general surgery residency. Having received a medical degree from Mount Sinai School of Medicine in New York, she underwent general surgery residency training at Saint Barnabas Medical Center and a clinical fellowship in colorectal surgery at Cleveland Clinic Florida. Her clinical interests include all aspects of benign and malignant colon and rectal diseases, colon cancer screening and implementation of enhanced recovery after surgery protocols. In her practice, Dr. Alvarez-Downing is committed to advocating for her mostly minority patient population by improving their experience and navigation through the healthcare system. She is actively involved in teaching and mentoring of medical students, residents and underserved Latinx students. She is a wife and proud mother to three young children. You can follow her on Twitter at @AlvarezDowning.