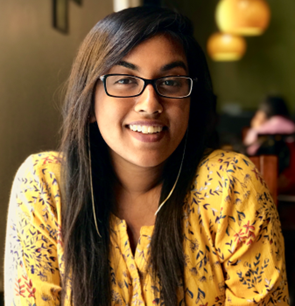 Imagine this: you see a disease kill and wound thousands of people every year. You know what needs to be done to stop it.

What is the next best course of action?

Gun violence is a public health epidemic with an urgent need to act on the regulation of firearms and gun safety legislation. It is defined as violence, such as homicine, crime, attempted suicide, suicide, unintentional death or injury, which results from the use of firearms such as pistols, shotguns, assault rifles or machine guns.

The small town of Uvalde witnessed a massacre at an elementary school when an 18-year-old gunman shot and killed 21 civilians, of which 19 were young children. Prior to this, another racially motivated shooting occurred in Buffalo, where an 18-year-old man shot and killed 10 people, all of whom were black. More recently, another shooting in Tulsa, Oklahoma where a man bought a firearm just hours before shooting 4 people at a hospital, including orthopedic spine surgeon Dr. Preston Phillips and sports and internal medicine specialist Dr. Stephanie Husen.

This recurring nightmare has to stop. But how do we wake up from a nightmare that keeps repeating?

There is currently an ongoing national debate on access to firearms and gun control. The physicians’ and surgeons’ perspective sheds light upon this through a unique lens, as they are often the first to see the devastating injuries inflicted on people following gun violence. As a medical team, we come together and work together, giving our everything to make the best out of the most unjust of situations. Bullets to the heart, bullets to the head, bullets right through the patient.

As the tragedies of gun violence bring us together, I hope we use this unity to bring much-needed change. I’m seeing many members, institutes, committees, and societies of the medical community voice their rage, frustration, and demand for change on social media. I hope the voices are heard. Moreover, I hope the message is understood.

This chaos ultimately led me to wonder: What can I do? As a medical student, resident, fellow, surgeon, or just as a human – we can easily be part of the action:

1) Spark a conversation – With family, friends, colleagues, patients, and strangers (either in-person or online #DoctorsForGunSafety) and educate people with what you know, how injuries and death from gun violence are more of a health risk than many diseases, the current gun policies, what needs to change.

2) Join a grassroots movement or advocacy group (Amnesty International, March for Our Lives, The Brady Campaign, CSGV, GunFreeKids.org) – connect with others, inspire each other on ways to promote gun safety, collaborate, and campaign.

4) Strengthening gun safety advocacy – investigating and offering solutions to the socioeconomic risk factors which predispose a population to gun violence (such as unemployment, mental health, etc.), strengthening and educating communities, etc. I hope that, together, we can honor these many lost lives by working towards a future without such fear in anyone’s minds.

5) Voicing your thoughts & voting – speak to politicians (state and federal representatives) about your concerns with current gun policies and the recent events surrounding gun violence. Ask them about what firearm safety bills and other safety policies they hope to support and when they hope to act towards these ideas. Vote and support members who share your concerns and show active work towards a solution! Your vote matters! Each vote adds to helping the right people being voted into the office to make real change. Now is the time to start these important conversations. 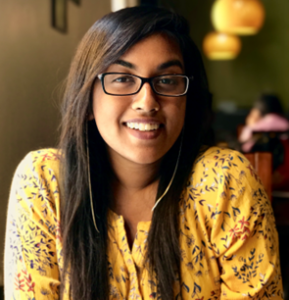 Tamilarasy (Tami) Vasanthakumaran is a student at Harvard University Global Clinical Scholars Research Training program, after completing her medical degree in India. Born and raised in North America to Sri Lankan immigrant parents, Tami’s decision to step out of her comfort zone and study medicine in India was influenced by a childhood trip to distribute funds she raised for victims of the 2004 Tsunami. This journey taught her the importance of being a global citizen who promotes compassion, intersectionality & inclusivity. As Associate Resource Development Coordinator at AWS, she is excited to work with the committee and play her part to advocate ways to transcend disparities in surgery. Tami speaks 4 languages and enjoys spending time with loved ones, writing, creating digital art, trying new food, and going on big and small adventures! You can follow her on Twitter @ItsTamilarasy.