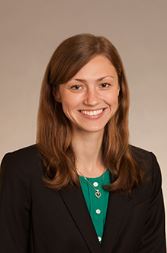 During my pediatric surgery rotation, I distinctly remember taking care of a teenage girl who presented with a thoracic cord transsection and paraplegia after a drive-by shooting; she had previously lost both her parents to gun violence as well. It was disheartening to watch someone so young lose so much. In honor of National Safety Month, I have decided to devote this blog to a topic surgeons are unfortunately well familiar with: gun violence.

On average, 96 Americans, including 7 children/teens, are killed with guns each day, and the numbers increase each year in the United States (US). Compared to other high-income countries, the US has 25.2 times more firearm related deaths.

As surgeons, we are ready to respond with medical and surgical resources once gun violence victims enter our ED doors. However, we are limited with medicine/surgery alone to combat the detrimental effects of gun violence, as exemplified by the paraplegic teenager from my night on call. In the US, political and social factors influence gun violence mortality well before the bullet is fired. The modern interpretation of the 2nd Amendment is controversial and varies by state, social/racial disparities increase the risk of mortality from trauma including firearms, and federal funding for the investigation of gun violence is relatively underfunded, as recently mentioned by Dr. Copeland in a recent AWS blog post .2 Given the complex political and social context underlying gun violence, we as surgeons may question our role in preventing gun violence: what is our responsibility and what if anything can we do about it?

Although as surgeons we are inevitably limited by time and energy to address all the challenges we face, we are often the sole primary healthcare providers for survivors of violence and thus we have a responsibility to screen and prevent disease witnessed as specialists in other fields do, such as gastroenterologists who screen for colon cancer or urologists who screen for prostate cancer.2 Hospitals have documented success attempting such interventions called violence intervention programs (VIPs) targeted at victims of violence and aimed at preventing injury recidivism.3,4,5 But, despite their documented success, VIPs are secondary prevention measures, and more needs to be done even further upstream—as outlined by the ACS COT FAST—to prevent inciting trauma.

As surgeons we witness the devastating effects of gun violence every day; we owe it to our patients—past, present and future—to use our knowledge to address the root causes of gun violence in order to both prevent and treat this public health epidemic. Justine Broecker is a first year surgery resident at Emory originally from Atlanta, GA. She completed medical school at Emory University and her undergraduate degree at UVA. Her twitter handle is @jasb805.

One Reply to “What is the surgeon’s role in preventing gun violence?”