This Father’s Day I would like to give special thanks to the dads who lovingly support their women surgeon partners. My husband, Chris, has been one of them.

I embarked on my intern year when my daughter, Sierra, was only three months old. The journey never would have been possible without Chris, who left his “dream job” to fulfill the role of lead parent. Notably, three of my fellow female residents also had children cared for by stay-at-home dads. Just as their husbands had done for them, Chris’s love and support made the emotional and logistical challenges of residency surmountable. During orientation week when I was still nursing, requiring me to“pump” away from home for the first time, I found I had forgotten an essential part for the process; Chris brought it in without hesitation. He also delivered homemade meals when I was on call, while picking up a warm bottle for Sierra’s “dinner.” He kept our home life organized, while regularly texting messages of encouragement and adorable pictures of special moments with Sierra to help me feel connected despite being away at work. His efforts as a father and partner were and continue to be invaluable to my career.

Beyond the immediate benefits to their partners’ careers, the sacrifices made by dads partnered with surgeons may have more far-reaching benefit. A study by Alyssa Croft showed the strongest predictor of girls wanting to go into less traditional, potentially higher-paying careers was having fathers who helped with the housework. “Even when fathers publicly endorsed gender equality, if they retained a traditional division of labor at home, their daughters were more likely to envision themselves in traditionally female-dominant jobs, such as nurse, teacher, librarian or stay-at-home-mom.” Thus, male spouses of surgeons who “walk the walk” by contributing equally to domestic responsibilities (or even more than 50%, as is often the case), are likely to have a longer-lasting and more significant impact than dads who simply “talk the talk.”

These brave and engaged fathers who dare to “break the mold” are role models for the next generation. I’ll never forget a comment my 8 year old niece made as she watched her two year old brother carefully hold a bottle for Sierra. She said, “You better learn how to do that Johny, because there’s a 50% chance you’ll marry a doctor some day and have to help at home.” While I’m not sure where she got her statistics, I was impressed by her 50/50 mindset.

As co-workers, we don’t often have the chance to meet the partners who support our female or male colleagues behind the scenes. Rather, we tend to “feel” their presence and benefit from their support indirectly–such as when we enjoy the food they lovingly cook for their wives on call, or oogle over the cute kid pictures they text their wives. Most of the time, their job is thankless. And yet, they continue to do it anyway, 24 hours a day, 7 days a week, making it possible for their surgeon partners to be fully present with their patients.

Here’s to the dads. 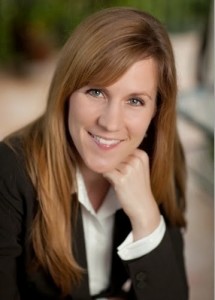