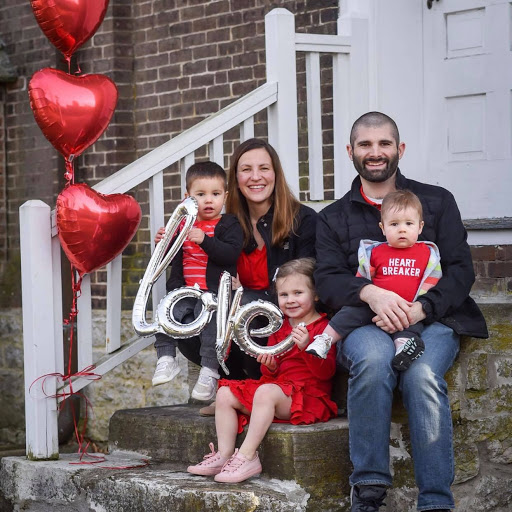 I started my intern year with an 8-week-old, but it was months before some of my colleagues knew that I had a child. I was quietly pumping alone in the bathroom, in between writing notes and orders and rushing to check more tasks off my to do list. At first, I didn’t want anyone to know I was a mom because I thought they might question my ability to perform my job. I didn’t bring it up because I didn’t feel like I owed anyone an explanation as to why I thought that now was the right time to build my family. At the time, I was the only woman in the program with a child. That was a scary prospect as a new intern and mom.

It’s amazing how much has changed since that day. I’ve had two more children in my second and third years of residency. We have added four more pups to the family making a grand total of five dogs and three kids running around our house. My residency program now has several surgeon moms and dads.

It’s not easy, and most days are exhausting. I come home from a 24-hour shift to three kids that have slept all night and are ready to play. Recently I came home to a baby with a GI bug who only wanted mom. This was soon followed by a trip to the ED with a dehydrated child with me barely making it out of the Emergency room before I succumbed to the dreaded stomach bug also. The night quickly became eventful,but I wouldn’t change it. The fact that I wake up in the morning with everything I’ve ever wanted isn’t lost upon me. I know that with everything in life this is all fleeting. So, I’ve learned to embrace the chaos of the life that we have created.

As doctors, we witness the fragility of life every day. And if I have learned anything repeatedly, it is that time is a precious commodity. We are not promised or guaranteed anything.

I think the hardest thing to overcome being both a surgical resident and a mother is managing guilt. Motherhood is fraught with guilt. When I started residency, I would feel incredibly guilty if an emergency kept me late at work. To make matters worse,  I would feel guilty about being home and not being at work. The guilt still rears its head occasionally, but I have gotten better at accepting things that are out of my control as a resident. Car accidents happen, people get sick, and I must be at work when those things occur. I have fought very hard to become as efficient as possible to maximize my time at work and at home. My husband keeps the family going daily, and without him I wouldn’t have survived the last 4 years. If our roles were reversed, I’m certain I wouldn’t be as level-headed and reasonable as he manages to be.

Motherhood is a test of patience and resilience, and so is residency. Most people look at us and don’t know what to say when we tell them we have three kids and a house full of dogs while I am completing a surgical residency. My husband has also obtained his MBA and worked full time. We created our lives, and our own version of happiness. And though we are tired, we have been incredibly fortunate. I am thankful for the journey and the people who have been our biggest supporters along the way. We are looking forward to the last year of residency and the next steps of our journey.

Dr. Tefft is originally from Northfield, VT. She received her undergraduate degree from UC San Diego and her MD from the University of Vermont. She is about to start her 5th and final year as a general surgery resident at the University of Kentucky. When she is not at the hospital you can find her spending time with her family in Lexington, KY. After residency, she will be taking a position as a General Surgeon in Morehead, KY.