Created in 1992 by the World Alliance for Breastfeeding Action (WABA), the World Breastfeeding Week completed its 25th edition this year. During the first week of August, campaigns and partnerships take place in order to support and raise awareness on the importance of breastfeeding. It is an international effort that currently involves 150 countries. 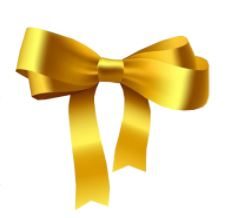 This year, to celebrate World Breastfeeding Week’s 25th anniversary, the Brazilian government announced the expansion of this campaign from a single week to a whole month dedicated to the cause, the Golden August. Initiatives include public talks and events, community meetings, advertising on the media, and illuminating monuments and buildings with golden lights. All in an effort to spread even more knowledge and awareness about breastfeeding in Brazil.

As I  go through my OB/GYN rotation in medical school, I now understand the extent and importance of the benefits of breastfeeding. For mothers, breastfeeding contributes to postpartum weight loss [2,3]. It has also demonstrated risk reduction on ovarian cancer [4], endometrial cancer [5,6], and aggressive inflammatory and invasive forms of breast cancer [7,8].

When it comes to the newborn, breastfeeding plays an important role in the development of the dental arches [9,10], speech, and breathing. It is also a protective factor for allergies [11], infections [12,13,14], gastrointestinal illnesses [13] such as gluten intolerance, obesity [15], and reduces neonatal mortality [16]. Last but not least, it contributes to the effective bond between mother and child. Another recent blog by Nickey Jafari highlights more the benefits of breastfeeding.

Given all the well-known benefits of breastfeeding to both mother and newborn, the WHO recommends exclusive breastfeeding for at least the first six months after the birth of the newborn. Nevertheless, this practice still encounters many barriers worldwide, mainly due to lack of information. Globally, only 38% of newborns receive breast milk until six months of age. The goal set by WHO is to increase this number to 50% by 2025.

Discrimination and criticism over breastfeeding in public is still a major issue in Brazil. In this regard, the Golden August has partnered with public and private companies to empower their employees who are new mothers. Some companies now offer special rooms for breastfeeding, showing recognition of its importance. They offer private and adequate environments for mother-infant interactions and bonding as well as for pumping breast milk, if needed, during work hours. These conditions may lead to less work absenteeism as they improve the ability for women to return to their work routine more easily. They also maintain breastfeeding as a unique and special experience, as it should be.

Happy Golden August to all parents out there!