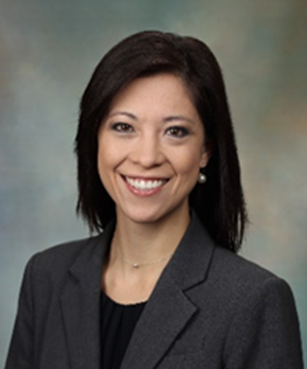 The term “Tiger Mom” has been overused in the last decade, but I had a true Tiger Mom before the term was even a thing. My mom—a Chinese immigrant from Taiwan—wanted her kids to live up to their highest potential and believed the best way to do this was through strict discipline. Following the rules was not an option for us: when it came to practicing piano (something chosen for me to do), she had an egg timer set for 30 minutes, and if I got up off the bench, the timer was reset. I hated green peppers, but if they weren’t eaten at lunchtime, they were re-served at dinnertime…cold and slimy. One entire summer, I was grounded and required to take typing lessons as a punishment for double-piercing my ear without permission. As for academic success, there was no praise for doing a good job—that was the expected standard, but actually, I thrived in these conditions. I knew that my mom wasn’t demanding perfection—instead, she was being my #1 advocate in the best way she knew how. I now play piano every day, I am not at all picky, I type 90 words per minute, and most importantly, my mom is my best friend.

Thus, surgical residency was a very easy transition for me. High expectations were the standard both for myself, as well as the junior residents I worked with. I firmly believed that those who weren’t thriving under the demanding culture were just not driven to success and would eventually be brilliant if I dealt with them in Tiger Mom fashion. It was an unpopular approach with the residents, but it was definitely favored by the staff!

Then I had a baby. An oldest SON born in the Year of the Dragon! If ever there was a child who was meant to be raised by me, he was the one. No doubt expectations were high, but we quickly discovered that he struggled with certain tasks that came easier for other kids. At 5, he was diagnosed with Autism Spectrum Disorder, and our world was turned upside down. I realized that taking the super-strict, minimal positive reinforcement approach that I was used to would not work for him. I had to change my behavior if I wanted him to thrive. As I saw my son respond when I softened my tone, my feedback, and my body language, it opened my eyes to how people learn and cope with challenges differently. I then started seeing the struggles our trainees might be facing in a new light. I started to consider that maybe what I perceived as lack of drive was possibly anxiety or even imposter syndrome. The whole experience has made me a more patient and compassionate educator—something that only happened because of my autistic son. It is still hard to reverse decades of conditioning, but it is clear to me that not everyone is meant to be taught in the same manner.

I am very thankful for how I was raised, and I hope my son will feel the same someday. 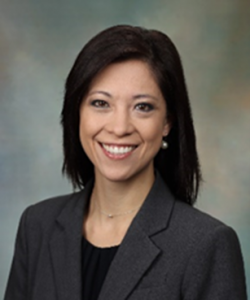 Chee-Chee Hwei Stucky, MD is a surgical oncologist at the Mayo Clinic Arizona.  She received her undergraduate and medical degrees from the University of Kansas (Rock Chalk Jayhawk) and then completed General Surgery residency at Mayo Clinic Arizona.  She did fellowship training in Complex General Surgical Oncology at the University of Texas M.D. Anderson Cancer Center.  Following this, she joined the staff at Mayo Clinic Arizona as an assistant professor.
Dr. Stucky works in close collaboration with a multidisciplinary team of physicians to build a comprehensive and individualized plan of care for patients with tumors of the hepato-biliary-pancreatic tract as well as patients with endocrine tumors.  Her primary focus of research includes translational studies for pancreatic cancer and surgical ergonomics.