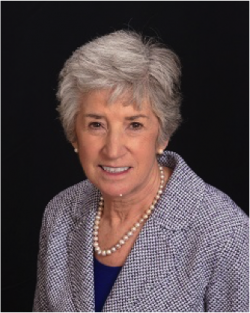 Bullying is a persistent pattern of mistreatment that includes verbal, nonverbal, psychological, or physical abuse and humiliation. The behavior is usually hierarchical although it can come from peers or coworkers. The detrimental consequences of burnout, ranging from job dissatisfaction to suicide, are becoming more apparent as is the adverse impact on patient safety. Surgery is often cited as a specialty where such behavior is particularly prevalent. Many senior surgeons trained in an era where ridicule and humiliation were considered to have a positive effect on clinical care, education, or even patient safety and thus tried to justify such behavior. Surgery is also a specialty where suffering is supposed to take place in silence; thus few victims or bystanders speak up for fear of ridicule or retaliation.

Five categories of workplace bullying have been identified by Rayner et al:

What are the signs that you are subject to, or experiencing bullying?

If you find yourself treating others badly, so that you are not proud of how you have behaved, you may have learnt this pattern of behaviour from the way you have been treated. The individual should document the behavior, and report it to a supervisor. Depending on the power differential and relationship with the bully, it may be appropriate for the victim to take a stand and indicate that such behavior is unacceptable. Bystanders can become “Upstanders” by not encouraging or supporting the behaviour, making it clear to colleagues that you won’t be involved in the behaviour, and not advertising or ridiculing the mistreatment of the victim, especially in social media. Direct action could include telling the bully that their behaviour is unacceptable, defending the victim and reporting the behaviour to the appropriate supervisor. Finally, there is strength in numbers and approaching the bully to let him / her know you are aware of the behaviour and that it’s not acceptable is often effective. Since bullying usually involves a power differential the most effective way to address such behavior will be at the leadership level.

On a positive note, several institutions and organizations, such as RCSEd, ACS, RACS, and AAS have spoken out against bullying in recent times indicating an increased awareness. Notably, in one study trainees were more likely to respond actively to observed incidents of bullying compared with consultants. This may be attributed to changes in surgical training, the greater emphasis placed on nontechnical skills in the newer surgical curricula or to a cultural change in society. Dr. Sanfey is Professor of Surgery and Vice-chair for Surgical Education at Southern Illinois University and the Chair of the AWS Foundation. She graduated from Trinity College Dublin Medical School, underwent surgical training at RCSI and completed fellowships at Johns Hopkins University, at the University Hospital Clinic de Barcelona and at the University of Virginia. Dr. Sanfey practiced as a consultant transplant surgeon at the Royal Infirmary of Edinburgh and at the University of Virginia. Dr. Sanfey is a past president of the Association of Women Surgeons and past First Vice-president of the American College of Surgeons (ACS).  She co-chairs the Steering Committee for the ACS Certificate in Applied Surgical Education Leadership program and is a founding member of the ACS Academy of Master Surgeons, a member of the American Surgical Association, and a Fellow ad hominem of the Royal College of Surgeons of Edinburgh.

One Reply to “Dealing with Bullying”