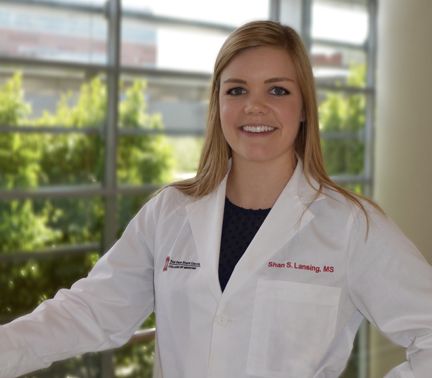 Queen Bee Syndrome is a social theory that describes how women in leadership roles sometimes expect more from female trainees than their male counterparts. I have heard this phenomenon alluded to a number of times during medical school, generally to sympathize with why a rotation may be particularly hard for female students. Most recently Queen Bee Syndrome came up in the midst of a completely awe-inspiring keynote address from Dr. Julie Freischlag on the importance of #HeForShe and #SheForShe. Each time it gets casually dropped into a conversation I leave feeling a bit stung that a woman who has been through the same conditions might pass them onto other female trainees. After Dr. Freischlag’s talk, I had a mix of those same feelings – though overshadowed with a heaping dose of inspiration. Though my instinct was to pity how this might affect my growth, it occurred to me that one day I will (hopefully) be in a leadership position overseeing the next generation of female students. I wondered what I need to do to prevent myself from falling into this same phenomenon, and what I can do now to ensure I’ll be prepared to support women in the future. Unfortunately, I currently have very little influence or standing to sponsor women in the big career-advancing ways I hope to in the future. That said, I’ve been brainstorming and the following is a short list of achievable ways I hope to support women as a modest medical student in 2020:

As I progress in medicine, so too will the magnitude of opportunities I have to promote others; but for now, these are a few small (and achievable) things I can do to lift up the women around me. Queen Bee Syndrome, like many forms of bias, is likely implicit. This means that my intention to avoid falling into it must be conscious and decisive. I will start making mindful decisions to support women today, even in the form of small acts like reading their books and sharing the opportunities offered by AWS.

Shan Lansing is a third-year medical student at The Ohio State University College of Medicine. Originally from southern Oregon, she attended Oregon State University where she earned a dual Bachelors in Chemistry and Biohealth Sciences. She continued at Oregon State University for a Masters in Analytical Chemistry. Her current research interests include increasing surgical patient engagement in care and communication after discharge to improve quality outcomes. Ultimately, she seeks to pursue a career in rural general surgery, aiming to provide compressive surgical care for an underserved community. In her free time, Shan enjoys running, cooking, and cross-stitching. She is always looking for new ideas to empower other women; you can share yours with her on Twitter @ShanSLansing.


Our blog is a forum for our members to speak, and as such, statements made here represent the opinions of the author and are not necessarily the opinion of the Association of Women Surgeons.