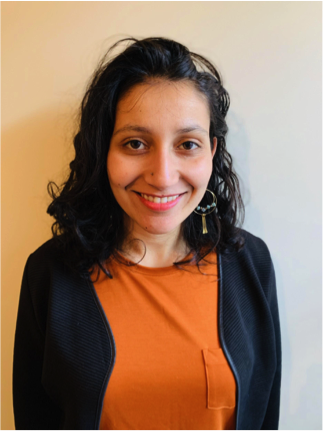 At first glance, he was a sinewy man—built long and hard. He was wheeled into the operating room (OR) intubated and eyes blinking. Was he blinded by the blaring white lights just like me? This was my first potential organ procurement. He was a “possible DCD,” meaning that if ventilator support was removed, the patient would likely progress to circulatory death. The head anesthesiologist had asked the resident if he had seen one of these before. He hadn’t and she remarked that it could be an emotionally taxing surgery to watch. The surgeons gowned up and left the room. It wasn’t our call to make if the patient died on the table—the ICU team would declare the time of death to ensure there was no conflict of interest.

This was the first case where a patient entered the OR alive but if events were to progress as expected, he would leave dead. I wasn’t quite sure how to grapple with that fact. As future physicians, we are trained extensively on how to preserve life.  My first instinct was to shy away from this procedure. I intellectually knew the bigger picture: we were helping someone who needed organs be able to receive life saving measures from a person who had no foreseeable quality of life ahead of him. However, physically seeing our organ donor and emotionally digesting the steps to come remained confusing and unsettling.

His family had come to say goodbye. As per the family’s request, raging rock music greeted them in the OR to commemorate their loved one. The music didn’t seem to fit the solemn mood of the physicians and the staff. But it wasn’t meant for us. Nor was it meant to mourn the death of the patient, but rather it was meant to celebrate his life.

The life support was removed, and as was predicted, the patient progressed to death. The family had five minutes to grieve with his body. A lifetime of memories had to be condensed into a few short minutes.

The family was then escorted out and the surgeons took their places. We took a moment of silence to acknowledge his life. And we had begun. The sternum was cracked open and the abdominal contents splayed across the OR table. Every second could lead to organ damage; the surgeons could not afford to waste any time. I stood on the side watching the choreography between the lung and abdominal transplant teams working swiftly side by side. I was responsible to help close up the body after the organs had been removed. On his skin, a racist slogan had been emblazoned. What had initially been sadness at seeing his mutilated body turned quickly to anger and disgust, and just as quickly guilt. He died. Even though he believed in something I think is abhorrent, how could I be angry at him? I didn’t know what to think. What I had missed in his moment of silence was an explanation. His family had requested that the surgeons know that this tattoo wasn’t who he was. He had been in difficult life situations and he was forced to choose sides. He had struggled with opioid addiction and died by suicide. The explanation made me pause. I don’t know if he was a racist who disliked people of color. I don’t know if he despised the words displayed on his body. I don’t know if it really makes a difference.

As future surgeons, we must be aware of our own biases and experiences that we bring. In that moment, I recognized my duty was not to judge–far from it. My duty was to continue to learn and understand. I was reminded that at the core of our commitment to service is a promise to treat patients with dignity and respect regardless of their beliefs. I will never fully know what he believed in his life,  however, at that moment he was gifting me an incredible opportunity to learn, and I am grateful for that. What I do know is that this man is now gone. A man who was loved by his family. A man they had to watch struggle at the end. A man whose kidneys were going to a Latino gentleman in the OR next door. Perhaps it was fitting in a way; his final act would defy the words he had inked on his body.

Priya Suri is a fourth year medical student at the University of Madison Wisconsin School of Medicine and Public Health. She was selected into their competitive urban health track: Training in Urban Medicine and Public Health (TRIUMPH) to complete her rotations in underserved neighborhoods in Milwaukee, WI and institute a community project. She is working with a local organization to design and implement a social justice curriculum for middle schoolers. She is excited to pursue a career in surgery and is currently creating a surgery advocacy elective for fellow students interested in merging these two interests. You can find her on twitter at @PriyaSuriMed.

2 Replies to “A Transplant Reflection”