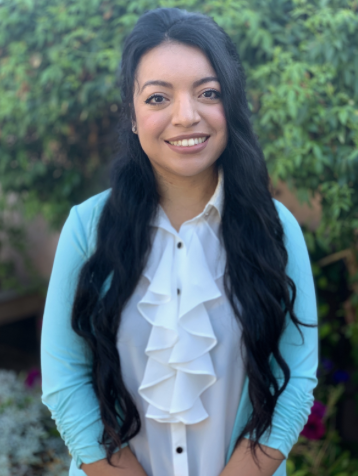 My first memory of being in a space where I was treated in a “traditional” manner was during my senior year in high school. My counselor was creating my schedule for my final year and deciding whether he should place me in statistics or physics. I remember his words, “I doubt you’ll ever need physics in your life, so I’m placing you in statistics for your fourth class.” Without having any input from my 17 year-old self of what I planned on pursuing after high school, I accepted his statement as truth and thought, “hmm, When will I need physics?”

I suppose that for my high school counselor, my traditional path would not require taking physics, so he placed me in what he assumed would be a more traditional class for me. I always knew that I loved science and wanted to be a doctor, but the path toward reaching that goal was so foreign to me. I had no idea where or how to begin. Upon graduating high school, I enrolled myself into community college and began my path of being a non-traditional pre-medical student in a place where I would take physics for the first time. Navigating my way through community college until transferring to the University of California, Davis would not be possible if I didn’t have the support of other students in my classes who shared similar stories of being “non-traditional” students.

Fast forward to my third year in medical school, I remembered a familiar feeling of being “non-traditional” during my surgery rotation. Initially, I came into medical school set on going into pediatrics because I was inspired by my own pediatrician as a child and wanted to emulate the same feelings of security and trust with my patients. I purposefully scheduled surgery to be my last rotation given that I knew it was not something that I would pursue based on what I thought surgery would be like in my mind.

However, after the first week on my general surgery service, that all changed. There was an indescribable feeling that I felt when I was in the operating room and even more so with the interactions with patients pre- and post-op. I would go home at night and try to reflect on what I was feeling and on how different I felt in comparison to my pediatric rotation. I decided to give this newly developed attraction towards surgery more time, as I had eleven more weeks of my surgical rotation. Soon, the twelfth week approached, and this pull towards surgery did not subside, I felt lost and confused, but I knew that this meant that I would have to feel “non-traditional” once again. I couldn’t help thinking, “Do I even belong in surgery? It’s so late in my third-year to make this change” among many other thoughts of doubt.

As fate would have it, I just so happened to be a part of an all Latinx team on my vascular surgery service. I remember the first moment we all were speaking in Spanglish in the OR. I experienced a sense of belonging as I felt as if I was in a room full of unicorns. As a Latina in medicine, it was an indescribable feeling to be on this team and feel supported with this newly found interest in surgery. On my last day on the team, I had a conversation with the resident and told him that although I would love to pursue surgery, I have never met a Latina surgeon while being a student at UCLA. He then introduced me to one of his colleagues who is a Latina surgeon. Speaking with her and explaining not only my excitement about this new change in career choice that I had made but listening to her story choosing surgery as her career choice made me feel less “non-traditional” and more reassured that I belonged in surgery as well. Knowing that there was someone out there with a similar experience and story to my own thriving in surgery made all the difference with my confidence in moving forward with my decision.

To this point, it is no wonder that I felt non-traditional with the mere thought of enjoying a field such as surgery let alone medicine as a career choice in general. A study conducted by the Center for the Study of Latino Health and Culture at UCLA reported that between the years 1980 and 2010, there was a 22% decrease in the number of Latino physicians. In 1980 there were 135 Latino physicians per 100,000 Latinos in the U.S. In 2010, this number decreased to 105 per 100,000. This is not only a statistic but a fact that is felt by many Latinx students while pursuing a career in medicine. Upon reflection, I realized that this lack of representation of Latinx surgeons played a larger role in my own hesitancy to pursue this field. The intersectionality of being both a woman and a Latina in surgery will undoubtedly come with many feelings of being “non-traditional”. However, knowing that there are others that have also lived these experiences brings hope of one day future medical students envisioning themselves as a woman in surgery because they have seen themselves represented and leaving their thoughts of doubt behind them.

Jackelyn Moya, MS, is currently completing her MPH degree before returning to her 4th year this summer. Jackelyn is a first-generation student and the first in her family to pursue medicine. She is currently completing her MPH degree at the Fielding School of Public Health at UCLA with an emphasis in health policy and management. She completed her undergraduate studies at the University of California, Davis where she majored in nutritional sciences and continued to pursue a master’s degree in nutritional biology. She is currently part of the UCLA-Prime program and plans to practice surgery in underserved communities.

On #EqualPayDay we are sharing some of the work AWS does all year round to promote #Equity #Diversity and… t.co/QrpQe9LePB