By Joanelle A. Bailey, M.D.

My last call of my intern year is on June 30th, which means that I will be supervising the new incoming interns when they come to care for patients for their first time as physicians on the morning of July 1st. I have been thinking of the logistics for that day, specifically how important communication between team members will be  as our roles on that morning will be changing.

I remember my first day of residency, nearly one year ago, and how I had a rather idealistic view of how the first few weeks would go. I knew my year would be an arduous one, but I hoped to quickly become an efficient intern and an effective member of the patient care team. Many of my co-residents set a great example for my class and provided great advice and guidance.  The best advice I got was to always go and see the patient, rather than try to resolve issues or answer questions over the phone. Not only was I able to better assess the patient’s status, but it allowed better communication with whomever had paged me, and I was able to put a face to a name I would see in the patient’s chart.

However, that was not always the case; one more mid-level resident repeatedly disregarded my concerns, which I felt put patient care in jeopardy.  This was, thankfully, a temporary situation as I initially struggled to navigate my role on the team, the hierarchy of a surgical residency, and the importance of safe patient care. One of my Chief Residents was a particularly great mentor, and I will forever remember the discussion we had during my third week of residency.  He pointed out that not only was I learning how to be a good intern, but the junior resident on my team was now learning how to effectively fill his role, just as he himself was learning how to be an effective chief.

From that conversation, I realized that all of us were navigating new roles and that effective communication was essential as we each recognized and improved our individual strengths andweaknesses in order to form a more cohesive team. I wanted to emulate those who were effective communicators. However, because of that conversation with my Chief, I realized it is also important to learn from those who were not as good at communication, since I would need to fill their roles in the future.  Learning from both those I wanted to emulate as well as learning what qualities I did not wish to have in the future was a key realization to recognizing the value of my interactions with co-residents.

As I am beginning my next year of residency, I realize how important it will be for me to have effective communication with the intern class, and to set a good example as their mid-level resident. As July approaches, I hope we can all reflect on our own communication styles, and try to remember what it was like when we were each  in the positions of those we now lead. 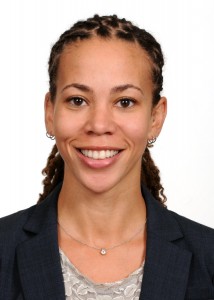 Joanelle A. Bailey, M.D. is a PGY-4 General Surgery Resident at Rutgers University – New Jersey Medical School in Newark, NJ. She is completing a second year of research in Surgical Critical Care, during which she has simultaneously pursued a Master in Public Health with a concentration in Biostatistics.  She obtained her Medical Doctorate at Thomas Jefferson University in Philadelphia, PA. During medical school she worked as a paramedic in Yonkers, NY and as a technician in the Emergency Department at the Children’s Hospital of Philadelphia. She is passionate about Trauma Surgery and Surgical Critical Care. She enjoys traveling and has participated in multiple international volunteer missions. She enjoys running and eating pasta. Dr. Bailey grew up in New York; she has a twin sister and a nephew whom she sees as often as possible.