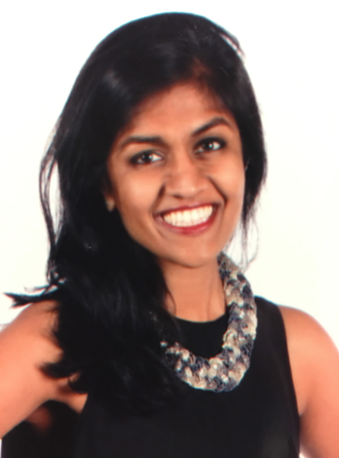 In Greek mythology, Chiron, the master of the healing arts, suffered an incurable wound from Hercules’s arrow. Carl Jung referenced the centaur’s fate when he developed his famous “wounded healer” archetype, using Chiron as his inspiration for understanding how one’s own pain drives our  desire to heal others. It was during my surgery rotation that I began to understand the impact of this shared vulnerability on both patient and physician.

A small, thin incision was drawn across the patient’s neck. I watched from behind the patient’s head, retractor carefully held in place as the thyroid slowly came into view. Four hands worked seamlessly, dissecting away the tissue holding the organ in place. Suddenly, the blood started to pool. There was some whispering from the surgeons: Why is she bleeding so heavily? The two surgeons peered in closer. The culprit was a bleeding vessel which gave everyone a sense of relief as they cauterized, closed, and left a nearly invisible scar. While the outcome was excellent, that moment of unease in the OR is what I soon understood to be a few seconds of  fear. When the surgery produces such small surprises, surgeons seemed to feel fear and with it self-blame almost instantly; surgeons understood the gravity of their work and in doing so, become intimately aware of their patient’s and their own shared vulnerability.

In 2005, Cousley et al published a literature review on perioperative vulnerability as felt by patients in physical and psychological forms. The paper concluded that, although vulnerability is transient, it is enough to negatively impact anesthetic, surgical and postoperative management. Torjuul et al  evaluated ethical experiences narrated by surgeons and explained the gray line differentiating medical error from accidents. Errors are often experienced as personal defeats, rendering a surgeon utterly vulnerable. It is a space many never wish to re-enter once they have left.

I believe the solution to healing two vulnerable souls is to form a connection. In 2010,  Brown presented on the power of vulnerability to the TED audience (TED.com) and stated that showing your emotions in vulnerable moment allows for that authentic empathy to flow between two people—in this case, between surgeon and patient. This openness is not easy to achieve, as it requires breaking down walls training has built up. However, I believe that creating (and, to a lesser extent, consuming) art can facilitate this state. This idea inspired my creation of the dance piece, Sati’s Surgery. Sati’s surgery uses a narrative dance form from Andhra Pradesh, India, called Kuchipudi. It depicts the story of the patient in tandem with the story of the surgeon performing her operation. The patient takes on the role of Sati, a goddess from Indian mythology. Throughout the piece, parallels between the rituals Sati and the surgeon perform are drawn: Sati’s morning rituals and the surgeon’s scrubbing in, for example. At the climax of the piece, Sati is betrayed by the people closest to her.  Behind her, the surgeon faces a suddenly unstable patient. They both show their vulnerability through self questioning and fear. Despite the rituals of constant practice, methodical cleansing, and creative maneuvers, both Sati and Surgeon realize that sometimes, the outcomes of surgery and life are beyond one’s control and to find inner peace and resilience with that truth. Creating this piece allowed me to explore how vulnerability  leads to courage, and how a lack of that vulnerability can lead to poor outcomes. In Sati’s world, neither her parents nor her husband understood her feelings or her position; she was at the mercy of powers beyond her control. In our world, patients and surgeons alike can often feel the same way in a hospital: misunderstood, isolated, and at the whim of the environment around them. Traditional Kuchipudi dance performances on modern stories of medicine as a way to explore our interconnected vulnerabilities such that they turn into strength. Our shared vulnerability with our patients and ourselves—our pain and wounds—reveal what it truly means to be human and to be healed. Shilpa Darivemula is a fourth year medical student at Albany Medical College and a graduate of Union College’s MBA/MS/MD combined degree program. Shilpa began dance training in Kuchipudi with Ms. Sasikala Penumarthi and performed her solo debut recital–her Rangapravesham–in 2011 with Ms. Anuradha Nehru and Mr. Kishore Mosalikanti.. Shilpa has served as AMWA Artist in Residence in 2016, an ASTMH Kean Fellow in 2017, and a Thomas Watson scholar in 2013. She has performed at the United Nations CSW, ArtWallahLA, Southern Vermont Dance Festival, and Toledances International Dance Festival. Shilpa continues as Founder of the Aseemkala Initiative , a project aimed at transforming medicine through traditional dance, along with Rohini Bhatia as co-director. She plans on continuing blending dance with medicine as an OB/GYN.

3 Replies to “Sati’s Surgery: An Exploration of a Surgeon’s Vulnerability Through Kuchipudi Dance”

Will you be joining us for the next "How to Write" webinar hosted by the AWS Publications Committee? On Thursday, F… t.co/yQhY8IUIWv