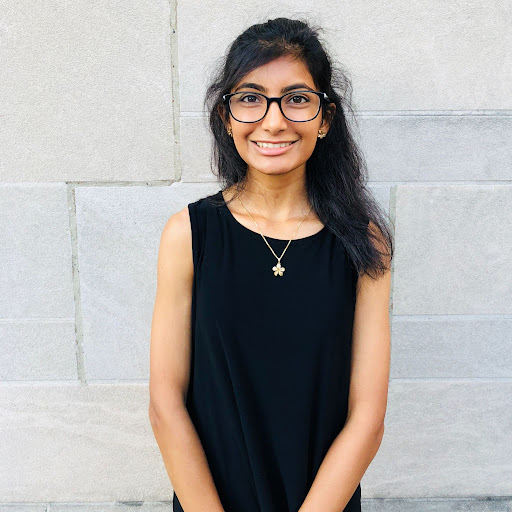 Statistics are relatively easy to find these days. It does not take many Google searches to realize that surgery and most surgical subspecialties, even in 2021, are still male-dominated. Today, women make up more than 50% of all U.S. medical students and 40% of general surgery interns. Yet further down the pipeline, only 20% of practicing general surgeons are women. These discrepancies are even starker for some subspecialties. The reasons are likely multifactorial and challenging to disentangle. All that to say, such statistics can feel disheartening.

There is a “flip side” to the coin. Women have made immense progress over the last 150 years, breaking through the proverbial glass ceiling again and again. That is worth celebrating. So, let us return to a time when women had no pre-existing paths along which to guide their careers, a time when bias against women was frankly explicit, a time when the uncertainty of success was as fundamental as whether society would allow a woman to practice medicine at all.

In 1849, Dr. Elizabeth Blackwell became the first woman to earn a medical degree in the U.S. After having been rejected from more than 20 medical schools, it is thought she was only accepted to Geneva Medical College as a practical joke. Her society, institution, and even classmates expected her to fail. But she did not. In fact, she earned the gold medal at Geneva. Still, she could not match into residency programs. She eventually also lost vision in her left eye. Did this end her medical career? Absolutely not. Dr. Blackwell went on to open the New York Infirmary for Women and Children and Women’s Medical College of New York. The Blackwell Medal was established in her namesake. Dr. Blackwell got her foot in the door, and despite perceptions by every level of her social circle, she found a way to adapt to her unforgiving environment.

Dr. Mary Edwards Walker, in 1855, became the second woman to earn a medical degree from Geneva (after Dr. Blackwell). Once the Civil War began, Dr. Walker hoped to aid the Union Army’s efforts as a surgeon. She was refused because she was a woman. Did this stop her? Again, absolutely not. Dr. Walker went on to serve as an unpaid surgeon volunteer for the U.S. Army, providing medical care to those wounded on the front lines. After advocating for herself, she became the first U.S. woman surgeon. This theme of selflessness and advocacy permeated Dr. Walker’s career. She created an organization for families to visit their wounded loved ones and boldly advocated for women’s rights after the war. To this day, Dr. Walker remains the only woman awarded the Medal of Honor.

Women pioneers exist in every surgical field. Below is a timeline of the approximate times when some of the first women surgeons started practicing in their respective subspecialties. Each learned to navigate the structural limitations posed by their environment. What do I take from these pioneers? Qualities—adaptability, perseverance, grit—I hope to emulate in my future career.

Today, I serve AWS as Mentorship Coordinator. The value of mentorship for women and minorities in surgery cannot be overstated. Women like Dr. Blackwell and Dr. Walker were firsts in their fields. They had no precedents to follow. Still, they achieved incredible feats for any person—not just women—of their time. They served as mentors for generations to come.

Previous blog posts have focused on effective mentorship. A common theme is that perhaps mentorship ought not to be a one-way relationship between two people, but rather a network connecting multiple nodes. When “nodes” are connected to those further along in their careers and those earlier in their careers, each node reaps the benefits of simultaneously serving as a mentor and mentee. Our team is working to create such a network within AWS’s own Brown & Garcia-Sancho Mentorship Program. The goal is to create “mentorship trees” within an international community of surgeons, medical students, undergraduates, and high schoolers. We are excited to transform the theories of effective mentorship into reality.

So here we are in 2021, creating programs for future women to learn from their predecessors. Yes, we still have a long way before achieving equity in surgery. But today, let us celebrate how far we, as a society, have come. Let us be grateful for the people who helped us get here. Let us draw from the perseverance of Dr. Blackwell, Dr. Walker, and the first women surgeons to remind ourselves that, even in the face of the most challenging obstacles, we can still find a path forward.

Nallammai currently serves as Mentorship Coordinator for the AWS National Medical Student Committee. She earned her Bachelor’s Degree from Cornell University and is now a fourth year medical student at the University of Pittsburgh School of Medicine. She is currently a Clinical Scientist Training Program scholar at PittMed, where she is researching effective surgical treatment options for pediatric patients with drug-resistant epilepsy. Among her passions are service and mentorship. During medical school, she created and has since overseen a Clinical Experiences course at PittMed which offers medical students the opportunity to engage with local high school students, inspiring them to pursue careers in medicine. On the national level as Mentorship Coordinator, she organizes the Brown and Garcia-Sancho program, analyzes the effectiveness of the program, and seeks to share the value of mentorship with as many as she can reach.

Error: Resolving timed out after 10000 milliseconds