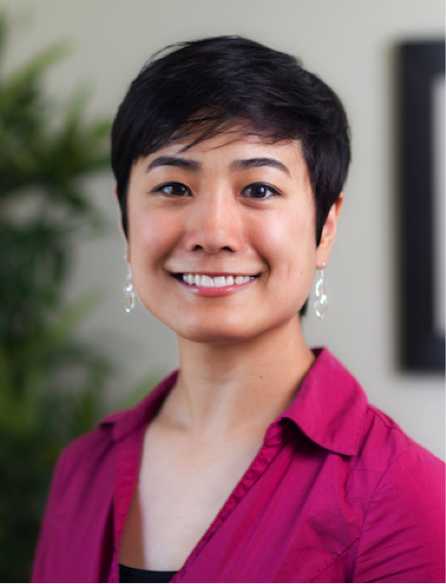 You can’t be both a surgeon and a mom. At least, that was my understanding throughout my early years of medical school. Let me clarify that nobody explicitly told me that I should not go into surgery if I also wanted kids. However, I had heard that surgery is a particularly time-intensive specialty in which it would be challenging to have and raise children, whereas other medical specialties allow more time and flexibility to integrate work with family. As a medical student who loved surgery but also wanted to have a family, I found it discouraging to have to choose between personal and professional fulfillment.

Ultimately, I decided to be a surgeon and ended up having two children during my residency. After years of working with surgeon moms and becoming one myself, I know it’s misguided to presume that being a surgeon and a mother are mutually exclusive aspirations. But I can still recall the distress of feeling I had to choose between personal and professional goals that seemed, at least superficially, to be incompatible. But becoming a surgeon mom, even as a resident, was not as challenging as I had feared thanks to three tiers of support: family, role models, and surgical community.

The importance of having family support as a new mother is obvious, and I will spend little time on this point. My spouse’s help was invaluable. He was fortunate to have a job that allowed paternity leave after both of my deliveries, as well as the flexibility to stay home when the kids were sick. Whenever I was on call, he was also on call for taking care of the kids solo; he never once made me feel guilty about it. My mother and mother-in-law also stayed with us for a week at a time when the kids were newborns and assisted us with childcare when needed. Knowing our kids were safe and cared for at all times allowed me to focus on my training, be at the hospital when needed, and while there, be mentally and emotionally present for my patients.

By the end of my third year of residency, two of my chief residents had become moms. Over the course of my residency, the number of female surgical faculty at my university hospital increased from three to ten in various sub-specialties, and the majority were already moms or became moms during my training. These women were a valuable resource on how best to plan for a baby, the logistics of pumping at work, coordinating child care, and various other helpful tips for a new surgeon mom.

I wish I had met these amazing women sooner. If I had been exposed to more surgeon role models and the work they do in my premedical or early medical training, I do think I would have more readily considered becoming a surgeon. However, I had not even considered a career in surgery until my clerkship, and as such, I had never sought mentorship from a surgeon. Prior to my surgical clerkship, I had only met one female surgeon in my entire life. In contrast, I had worked with a number of primary care physicians who eventually became mentors and encouraged a career in primary care. I did not have to seek out these mentors; they were plentiful, approachable, and readily available through a variety of early coursework, extracurricular activities, and social events.

So robust was the mentorship for pursuing a primary care specialty that I might have ended up in primary care despite my interest in surgery, if I had not met a surgeon mom who inspired and encouraged me during my surgical clerkship. As a prominent academic cardiothoracic surgeon who had become a mother of two children during her residency, she was a manifest counterexample to all I had heard about the inability of a female surgeon to also raise a family. I was fortunate to meet such an exemplary role model at a career crossroads, but it is distressing to think how many other female students who could have thrived in surgery went down a different path merely due to a lack of exposure to role models and mentors.

It has been said that it takes a village to raise a child, but I never understood the proverb as acutely as I did when our second child was born six weeks before her due date. I worried about inconveniencing my colleagues, who unexpectedly had to adjust their schedules and cover my clinical responsibilities in addition to their own. But no one hesitated to help or complained at all. My faculty encouraged and supported my maternity leave, our administrative chief resident promptly restructured the rotation schedules, and our research residents jumped in to help cover my remaining trauma shifts. They all worked together so that I could focus on my recovery and on caring for my newborn.

When I did return to work, I was on a modified rotation that minimized overnight call. My co-residents graciously covered my trauma pager whenever I needed to pump. I even had an attending come to the OR unprompted while I was in a long case just to scrub me out so that I could pump. In short, members of my residency program became my extended family, my community support.

We hear a lot of talk about “resident wellness” these days, but it’s usually in the form of a free lunch or a taxi voucher to use if we’re too tired to drive ourselves home after a long call shift. While these gestures are appreciated, they can feel perfunctory at times, a mere checkmark on a list of accreditation requirements. In contrast, I cannot recall anything in my medical training that did more for my personal well-being than having the institutional support to integrate my personal and professional lives.

Having a supportive family at home and role models at work were fundamental to becoming a surgeon mom, but the essential contributions of my surgical community cannot be overstated. My co-residents, faculty, and administrative staff demonstrated in word and deed that they cared, not just about me and my health, but also about the health and well-being of my family. All the free lunches and taxi vouchers in the world could not have made me feel more valued and more thankful to be part of the surgical family I found in residency while building a family of my own.

8 Replies to “Building a family in surgery, and finding one too”