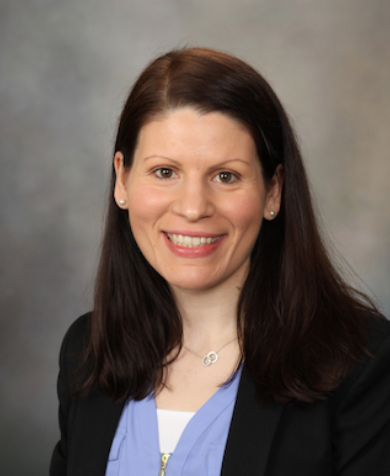 While female General Surgery residents still number less than their male counterparts, that is not the case at the Tower Health General Surgery residency program in West Reading, PA. The program, which began in 2019, is currently comprised of 100% female residents, after having matched an entirely female intern class in 2020. It has been interesting to observe various people’s reactions to the news of a completely female General Surgery residency, from the look of shock to the slow smile to the comments such as “well at least you won’t have any smelly boys to stink up your call room!” Although the Tower Health program may be lacking in male residents at the moment, there is still a great deal of diversity, as each of the current residents have a very different background and path to General Surgery. There are also opportunities for mentorship via the female surgical attendings, two of whom had children during their surgical residencies and maintain an excellent balance between outside life and a busy surgical practice.

During the rigors of surgical training, it is important for all residents to have support and mentorship and this especially applies to female surgeons, who often face more challenges than men when it comes to academic careers and leadership positions. The AAMC and ACGME have found that there are significantly less women faculty in surgery departments and women have not had as many opportunities to pursue academic surgery. As of 2017, there were 15,667 women surgical faculty but only 12.8% were tenured.  There have been advances in the recent years as the number of women chairs of US Departments of Surgery has now reached over 20 and continues to grow. Recently the American Surgical Association (ASA) created a Task Force to focus on equity, diversity and inclusion in academic surgery. In this aim the Task Force created a handbook and emphasized that “academic surgery has a duty to catalyze change in the broader community; to expect diversity and demand inclusion.”

As we navigate the growth of women in leadership and academic positions in surgery, it is essential to have good institutional support, equal treatment and mentorship as well as opportunities for involvement in societies such as the Association of Women Surgeons (AWS). Recently the Tower Health program residents and two female residents from Philadelphia College of Osteopathic Medicine had a meet and greet lunch to discuss women in surgery and the benefits of membership in AWS. The surgical department and faculty at Reading Hospital, home of the Tower Health program, have been supportive of academic and leadership endeavors by providing educational funds to be used for conferences and membership in professional societies as well as encouraging involvement in research, involvement in quality improvement projects, implementation of protocols and presentations at local and national conferences. In a country where women still make up only about 20% of practicing general surgeons, are paid less than male surgeons, hold less academic and leadership positions and face more obstacles such as burnout, harassment and unique obstacles relating to pregnancy and parenthood, an all-female General Surgery residency program represents perhaps a glimpse of changes to come.

Annika Eveland is a third year General Surgery resident at the Tower Health program in Reading, PA. She graduated from the University of Colorado at Boulder with a BFA in studio art and completed the postbaccalaureate premedical program at Columbia University in New York. She attended Ross University school of medicine, during which time she was president of the Association of Women Surgeons (AWS) chapter at Ross University and served on the AWS national Member Services committee.