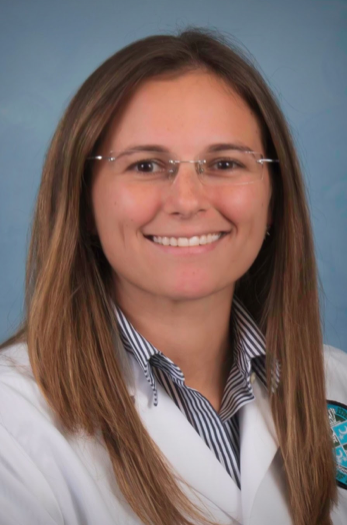 Gender disparities and inequality in the workplace has been a subject of much discussion in the past century. Thanks to the relentless struggle and arduous fighting that many men and women have ignited, female surgeons presently stand light years away from some of the struggles our predecessors faced.  The medical profession has been privy to a significant increase in number of women that have joined male counterparts in their oath to help and advocate for patient health and wellbeing. Women surgeons have risen through the ranks in a traditionally male-dominated field and have amassed positions of authority and influence in some of the most renowned institutions. Notwithstanding, as of 2017, women comprise only 29% of all full-time faculty and 10% of full professors.

In spite of these surprising statistics, in the last decade we have witnessed the strengthening presence of women in surgery with three ACS presidents in the past seven years and an increase from four female chairs in 2014 to twenty-two in 2018.  In 2019, for the first time, a general surgery program will graduate five female chief residents under the mentorship and tutelage of both Dr. Mary Killackey, Chair, and Dr. Rebecca Schroll, Program Director, at Tulane University. The best part about this is that this is only the start! As it stands, Houston Methodist is to follow suit in 2020 graduating not five, but six female chief residents under the direction of Dr. Barbara Bass, Chair and current ACS President, and Dr. Sylvia Martinez, Program Director.

When I reflected on the significance of this achievement, Neil Armstrong’s famous words came to mind. Thanks to the sacrifice thousands of women have made in order to serve patients in need, we each have taken one step forward towards what today is a giant leap for women in Surgery. During my surgery residency at Tulane, we have prided ourselves in having a prominent female resident presence, yet, after conversing with Dr. Killackey, I realized this wasn’t just about numbers and ratios. The true accomplishment lies in a cultural transformation within the Tulane medical community where female leaders have begun to be seen as the norm and not the exception, and where expecting and achieving greatness as surgeons occurs irrespective of gender.

Unfortunately, this changing environment and transformation in attitudes and perceptions is not uniform across the board. Much has been accomplished thus far, but there remains a long road ahead.  I hope that with the continued dedication and collaboration of women in Surgery, independent of title or position, the gap in gender inequality will be eradicated. Monica M. Llado-Farrulla is a general surgery resident at Tulane University in New Orleans, Louisiana. She was born and raised in San Juan, Puerto Rico. Monica pursued her undergraduate studies at Boston College where she obtained a Bachelor’s in Biology and Chemistry. She subsequently returned to Puerto Rico to receive her MD from the University of Puerto Rico School of Medicine. Monica loves spending time with her pets, woodworking, car mechanics, and exploring new restaurants. She will be attending University of Pennsylvania for her fellowship in Plastics and Reconstructive Surgery starting in 2019. You can find her on Twitter at @MFarrulla_MD.

One Reply to “Closing the Gap: Making History at Tulane”