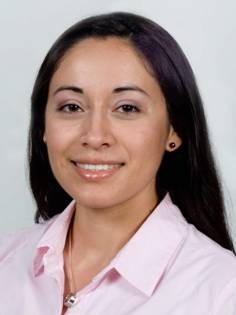 Since medical school, I had an interest in oncology. Our professors frequently invited patients and families to come and share with our class how they were personally affected by disease. I remember meeting a survivor of glioblastoma multiforme despite having been initially given a poor prognosis. Another family shared the heartache after losing a child to neuroblastoma and their efforts in raising his siblings. I was inspired to do something to show support for patients like the ones who shared their stories with us – the patients whom I one day hoped to treat. Being on a limited student budget, I had to think outside the box since I could not afford to make “significant” monetary donations. One day I decided I would donate my hair so someone else could have a wig.

Having had long tresses for decades, I must admit I was hesitant to go for a short bob. The fear quickly faded, as the stylist transformed my ponytails into “locks of love.” The selflessness I felt, as I placed those long ponytails in the mail, let me know that it was one of the best ways I could contribute outside of my dedication to the medical field. I first donated to Locks of Love, though I have since switched to the Beautiful Lengths program.

Since that time, I have donated my thick, brown locks again. However, the next time became a lot more personal. During my first week of surgery residency, one of my surgery attendings made me burst out in tears after a teaching conference. Now, there is an unspoken rule that there’s no crying in surgery! (just like in baseball). But my tears were not the result of a terrible pimping session or getting chewed out for making any mistake– I had just learned that this surgeon, my professor, had terminal cancer. Having been given less than six months, she already had beat the odds a few years from initial diagnosis. Over the next year and half, she became a mentor and had a great influence on my early development as a young surgeon. I did not think twice about donating my hair again when she faced a debulking surgery for a recurrence. During our last conversation, she smiled when I told her about the donation.

My hair grew long again; it had been more than two years since the last donation. What a perfect metaphor for my progression in residency, and the adage that a tincture of time is sometimes the best medicine. Then I found out a colleague was facing a cancer recurrence. I prepared to visit my favorite hairdresser. He gets the most length by separating the hair into at least two ponytails. That day I mailed two ponytails, 12 inches each, of solidarity. Priceless.

One Reply to “Solidarity”