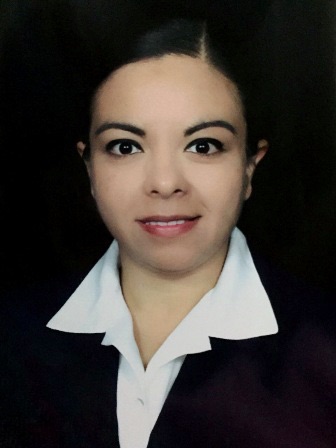 Thirty-two years ago, Mexico City was hit by a devastating earthquake that left thousands dead, hundreds of buildings collapsed and became uninhabitable. It was an event that united us as a society and helped to implement a culture of prevention. The regulations for the construction of buildings in the city were modified and since childhood we were taught how to act and protect ourselves during an earthquake. Earthquakes cannot be predicted, but we can prevent many of their terrible consequences.

On September 19th, a new earthquake struck the country on the anniversary of the 1985 earthquake. Two weeks after another strong earthquake shook the coasts of Chiapas and Oaxaca. What a terrible coincidence! That morning the City had participated in acts that commemorate the events of 1985. At the time of the earthquake (13:14 CMT), I was in the emergency room with several surgery residents when we felt a strong shake. Just at that moment the seismic alarm sounded and we tried to quickly go to the security areas together with some patients and their families. It was a matter of seconds but it felt like an eternity.

When it was over, and after the initial shock, we all tried to get in touch with our families. Internet and telephone lines had collapsed. When the communication lines were reestablished, the terrible news began to arrive. Offices, buildings, houses, schools had collapsed all over the city, people trapped in the rubble, children lost. What to do, what to think in those moments of despair? During those first hours of fear and uncertainty, when we all tried to know if our loved ones were safe, if our homes were ok, I witnessed the vocation and professionalism of the hospital staff, especially the surgery service, to which I am proud to belong to. Those who were in the operating room at the time of the quake only left during the tremor and returned to finish the procedures and put the patients in safe areas despite the risk of damage or gas leaks. Some could not step away. The residents voluntarily stayed to see what they could help with, organizing tasks, relocating patients who had to be evacuated from certain areas. Many of them, like hundreds of people in the country could not return to their homes for days, and many basic services failed. In these instances I saw how, despite the shortcomings, people kept going on.

The people of Mexico City responded by taking to the streets to help. Young people raising debris to rescue trapped people, doctors organizing brigades, people preparing food for those affected, and volunteers, donations in unexpected quantities. Help came from everywhere and in all forms. The solidarity, strength and unity that the country showed in those days will be something I will remember forever. In the midst of chaos, despair and death, I confirmed that Mexico is still one of the most friendly, vibrant, and resilient countries in the world. The reconstruction work and help for those affected will continue for months and years to come. The important thing is that we do not allow us to forget that even during those terrible days there was hope and that all of Mexico was one. Dr. Rocío E. Carrera Cerón is a thoracoscopic surgery fellow at the Instituto Nacional de Ciencias Médicas y Nutrición Salvador Zubirán (INCMNSZ) in Mexico City, where she also  completed her residency in general surgery. She received her medical degree from Universidad Nacional Autónoma de México (UNAM) in 2012. Her interests include general thoracic surgery, particularly tracheal surgery, and lung transplantation. She is engaged in clinical research studies and actively participates in several local associations of women surgeons trying to establish mentorship and sponsorship programs for young residents. A native of Mexico City, she is passionate about sports, cinema, and historical novels.

One Reply to “United We Are Stronger”