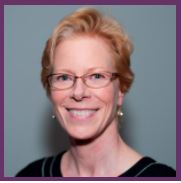 In the wake of the mass shooting at Marjory Stoneman Douglas High School in February, the national discussion about gun violence has been reignited as evidenced by the subsequent student-led protests and recent March for Our Lives last week. While mass shootings are dreadful and headline-grabbing, they are responsible for just a tiny fraction of the 39,000 firearm fatalities that occur annually in this country. As surgeons we are all too familiar with the endemic nature of gun-related injuries and deaths — suicides, homicides attempted in the name of gang warfare or drug turf battles, “drive-by” shootings, domestic violence, as well as all manner of accidental shootings — are all dispiritingly prevalent in our trauma centers. A number of surgeons are taking a hard look at what can be done to stem the epidemic of gun violence in our communities and across the country. Thoughtful people honestly disagree as to how this may best be accomplished, and the national discussion is frequently emotional and polarizing.

Gun violence is a complex issue. As scientists we believe that public policy decisions should be informed by good research. We do not know, for example, if raising the age limit to purchase firearms will have a meaningful impact on gun violence. We do not know if arming teachers will enhance school safety. We do not know what effect a three-day waiting period to purchase weapons will have. Decisions like these require unbiased information, not emotion-laden speculation. Unfortunately, government scientists who want to study gun violence have been hobbled by the so-called Dickey Amendment of 1996, which stipulates that “none of the funds made available for injury prevention and control at the Centers for Disease Control and Prevention (CDC) may be used to advocate or promote gun control.” This law, along with the recurring failure of Congress to fund firearm research in any meaningful way, has had a chilling effect for more than two decades. It has remained despite multiple medical organizations calling for its repeal, as well as Congressman Jay Dickey himself, in the latter years of his life, lobbying against his eponymous piece of legislation.

In the most recent omnibus continuing resolution passed by Congress just last week, the Dickey amendment itself remains, although the language in a report accompanying the bill clarifies that the CDC can, in fact, conduct research into gun violence. What remains is for it to be funded.

Gun violence should be approached as the public health problem it truly is, and research dollars appropriated to it. It’s long overdue for the federal government to fully invest in quality firearm violence research. Dr. AJ Copeland has been a civilian member of the USUHS faculty since 2005, serving first as a Clinical Site Coordinator for the Surgery Clerkship, and since 2012 as the Clerkship Director. She is in active clinical practice with a special interest in breast surgery and in surgical educational research. She is a member of the Association for Surgical Education and completed a Surgical Education Research Fellowship with that organization.

Dr. Copeland earned her bachelor’s degree in Biology from Brown University in 1981 and subsequently attended the University of Connecticut Health Sciences School of Medicine on an Army Health Professions Scholarship Program, graduating in 1985. She completed her residency in general surgery at Walter Reed Army Medical Center in 1991. As a general surgeon Dr. Copeland was stationed at Fort Belvoir VA, San Antonio TX, Portsmouth VA, and finally at USUHS before retiring from the Army in 2005 at the rank of Colonel.

Dr. Copeland is a longtime member of the Association of Women Surgeons, joining the Council in 2002 and serving as the organization’s President in 2008-2009. She is a Fellow of the ACS, and a member of the Women in Surgery Committee of the ACS. She began her term as the third AWS Governor to the American College of Surgeons in 2012. She treasures the many friendships she has made through the AWS and the opportunity to associate with so many beautiful, talented, and smart women surgeons (and surgeons-in-training) of all generations.