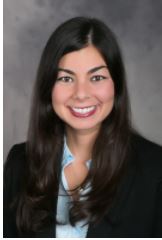 Despite all the advances made in Functional Endoscopic Sinus Surgery (FESS) over the last 4 decades, sinus surgery in most of Cuba today is still being performed using open approaches. Because of this, both adults and children have to undergo surgical procedures that are associated with higher morbidity and lower quality of life, and then live with the stigma due to the facial scars.

I was born in Cuba and moved to the United States when I was 18 years old. Even though I moved here, I have maintained a strong connection with my people and have always dreamed of giving back through medical education and fostering physician collaboration.

After I completed my fellowship in Rhinology and Endoscopic Sinus Surgery, I set out to make that dream a reality. I reached out to Dr. Hidalgo, the Chief of the Endoscopic Surgery Service Line at the National Center for Minimally Invasive Surgery in Havana, Cuba whom I had met during my residency training at Loyola Medical Center. For the next year, we worked together to organize the first Functional Endoscopic Sinus Surgery Course for Cuban Otolaryngologists.

Dr. Hidalgo focused on recruiting physicians from all over the island with an interest in Rhinology and worked with his hospital director on building a Simulation Center for endoscopic surgery. He gained the support of the Cuban ENT Society and the Cuban Ministry of Health. I worked daily on raising funds to cover the costs of the cadaver specimens, food and transportation for all the attendees. I launched a Go-Fund Me campaign and joined forces with Global ENT Outreach, a foundation based in the United States dedicated to advancing Otolaryngologic care in the underdeveloped world.

I reached out to hundreds of industry partners, ENT physicians and the private sector. We encountered many obstacles as we moved from planning to execution, and many companies and individuals were unable to or chose not to help us, but we persisted and moved forward.

I wrote letters to Mrs. Karl Storz a generous philanthropist who believed in our goal. Her company, KARL STORZ, supported the mission with instrumentation and a donation to the foundation to cover the cost of the cadaver specimens. Members of her team in the US, Mexico, and Germany were invested in making the course a success, and everyone worked extremely hard towards this common goal.

I reached out to several world-renowned Rhinologists, including Professor Stammberger, one of the founding fathers of the field. He was the first faculty member to believe in my dream, and put the weight of his name, knowledge and expertise behind the mission. He agreed the be course co-director along with Dr. Hidalgo and myself. With him on board, I was able to recruit many other faculty members, most of which have either directly or indirectly influenced my development as a Rhinologist. All of the faculty agreed to participate and covered their own travel and hotel expenses.

Finally, from November 13th to 15th, the course took place. The goal was to begin teaching FESS principles and techniques to Cuban Otorhinolaryngologists through a combination of conferences and hands-on cadaveric dissections. The Cuban physicians had the opportunity for the first time to learn and practice sinonasal endoscopic techniques. Over 70 Cuban Otolaryngologists from throughout the island attended the course, and 19 had the opportunity to participate in the lab. The course was also open to Otolaryngology residents and medical students with an interest in the specialty.

As a result of the course, the Cuban Ministry of Health decided to purchase FESS equipment for several hospitals all over the island. This will allow the physicians to begin implementing the techniques in their respective provinces and start developing the field of Rhinology in Cuba, thereby making a difference in the lives of thousands of Cuban patients. Nadia Caballero, M.D. moved to the US from Cuba at age 18. She attended the University of Chicago Pritzker School of Medicine, where she was elected a member of the Alpha Omega Alpha Society, an honor only bestowed upon a small percentage of each graduating medical school class.Dr. Caballero completed a five-year residency in Otolaryngology-Head & Neck Surgery at Loyola University Medical Center. Here research interests include the association between Acetaminophen and allergic rhinitis, the use of lumbar drains after repair of cerebrospinal fluid leaks and complications associated with the transpterygoid approach to repairing lateral skull base encephaloceles. After her residency, Dr. Caballero completed a one-year fellowship in Rhinology and Skull Base surgery at the Sinus and Nasal Institute of Florida under the guidance of Dr. Donald Lanza, one of the founding fathers of the field.

Dr. Caballero is board certified in Otolaryngology-Head & Neck Surgery. She has a special interest and additional expertise in the management of disorders of the nose and paranasal sinuses, including allergic rhinitis, nasal obstruction, chronic rhinosinusitis, nasal polyps and cerebrospinal fluid leaks. Dr. Caballero is fluent in English & Spanish.