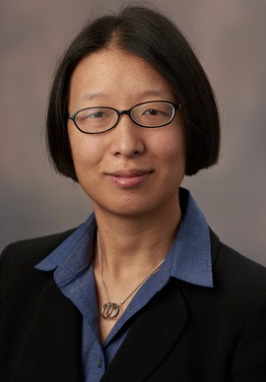 The COVID era has brought forth unprecedented times. Schools are closed, and clinics/elective cases are canceled. As a result,  many of our schedules have changed. We were still taking the same amount of call, but we were not coming into the hospital as frequently.

“My workout schedule is great.” My male surgery colleague exclaimed. I looked at him blankly. We were the same level. He was a father with 2 young children. But his wife was still home from maternity leave, and his mother-in-law and au pair were also still with them.

I, on the hand, had put on some weight during this time.

At baseline, professional women still do more household work than professional men. But COVID has skewed the entire work-life balance and destroyed the childcare equilibrium we had had in place before, making the gender inequalities even more apparent.

To be fair, my husband, who is a software engineer and works from home, has taken the brunt of home-schooling activities. When I am at work in the hospital, which is still most of the time, he is the one who is struggling to figure out how to work and teach/entertain our son at the same time. As such, we had generally agreed that when I was “working from home”, I would try to help out and take care of our son. But ultimately, even when I am at home, I also still have work to do.

This is how I work from home. I still get up at 0500 because that is the only time I have to myself to work until 0700. In the last few days, I’ve submitted an abstract, finished a case report, a Grand Rounds presentation, and worked on some surgical Committee tasks. But I am also trying to teach 2-digit addition subtraction, the difference between noun and verb, and keep our 6-year old from climbing the walls.

Even at this very moment, I am “working from home.” But I’m also doing laundry, trying to finish a manuscript, trying to finish this AWS blog essay, and also trying to get my son to sit down and finish his math problems. Frankly, I feel like I’m doing a terrible job at everything (except for the laundry- at least I know how to do that). The quality of my work has suffered. And my son and I have had more arguments now than we’ve ever had before. I’ve literally just sent him to his room because he was trying to draw on the table.

Overall, it’s not a great feeling.

“Self care” is easy to say, harder to do. But why does it seem all that much easier for my male colleagues to do?

As I had said before, these times are unprecedented. The situation is unique- such that we haven’t outsourced some of the household work or childcare/teaching as we would typically do if not for the Pandemic. It’s not really anybody’s fault, per se. It’s just exposing the gender inequalities that were there all along.

Pam Choi (@pmchoi) graduated medical school at the University of Rochester and completed general surgery residency at Washington University in St Louis. While in St Louis, she met her awesome husband, Nick, and had their son, Calvin. After residency, she was the ship surgeon for an aircraft carrier as an active duty Navy officer. She is presently the senior pediatric surgery fellow at Children’s Mercy Hospital in Kansas City. In her free time, she enjoys eating, conquering Escape Rooms, and visiting National Parks with her family.

Looking forward to all of the presentations at #ACSCC21. Which will you be attending? @AmCollSurgeons

The deadline for the AWS-SURGERY Reviewer Academy is this MONDAY! Make sure to get your application in this weekend… t.co/gvH1zZQxVm