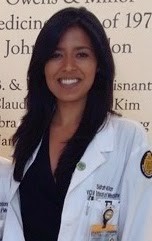 Women have made astonishing strides in medicine coming from an enrollment of 6% in 1960 to now forming 50% of the medical school classes nationally. Women have worked hard to make themselves equally represented in almost all specialties of medicine, including internal medicine, family medicine, and pediatrics. However, one field of medicine still remains unable to rid itself of the gender gap and that is surgery. Even with the female enrollment in medical schools being equal to that of men, women are greatly underrepresented in surgery, making up only 35% of general surgeons, and less than 20% in specialties such as orthopedic, neurologic and thoracic surgery. Women are not only less likely to pursue a career in surgery but they are also less like to attain leadership positions in academia. Women make up only 14% of department chairs, 20% of chief residents, and 12% of medical school deans. As a perspective surgeon, it is concerning to me that I am entering a field dominated by men and one with such a prominent glass ceiling. It worries me that I am pursing a career in which my gender alone will put me at a disadvantage when applying for leadership positions. It is disturbing that I have the possibility of faceing sexism and bias in my work environment because as a woman my family life will be considered a distraction. It is also concerning to me that I won’t have the right mentorship to learn from with such few women in leadership positions. Not only will I have to face the challenges that come with a rigorous surgical residency, but additionally the challenges that come along with being a female in a male dominant field.

As a second year medical student, a few months away from starting my third year clerkships, I am looking forward to coming together with the members of the Association of Women Surgeons to discuss these issues and the reasons why surgery is still lagging in ridding itself of the gender gap and its glass ceiling. Being able to learn from experienced female surgeons about the challenges they have faced in their careers while trying to achieve leadership positions, will be of great benefit for my future. I would also like to hear what advice the members have for perspective surgeons on how to handle situations in which sexism arises and discuss the resources available for them. Lastly and most importantly, I am looking forward to discussing how we can increase mentorship for females in medical schools. I believe early and effective mentorship can provide more exposure to surgery, clarify common misconceptions and ultimately decrease the stigma that the field holds. I am hoping that with the combined effort of perspective and experienced female surgeons we can empower more women to not only pursue surgery but also attain top leadership positions in academia. 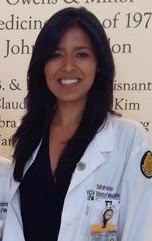 Sidrah Khan is a first generation Pakistani-American and the first female in her family to pursue a graduate degree. She completed her undergraduate degree with a dual major in Biology and Psychology at SUNY Stony Brook. Soon after matriculating at VCU School of Medicine, Sidrah discovered her passion for surgery in academic medicine. Under the guidance of strong female surgeons, she recognized the need for mentorship, especially for women and underrepresented minorities in Surgery. Sidrah then became involved with the Association of Women Surgeons and was appointed as the student leader of the Virginia chapter. As her first project, Sidrah created a mentorship program to stimulate interest in surgery among female medical students. Currently a third year medical student excelling in clinical clerkships, she continues to balance her time in research in surgical oncology and medical education.

One Reply to “#HonorYourMentor: Let’s talk about mentoring”