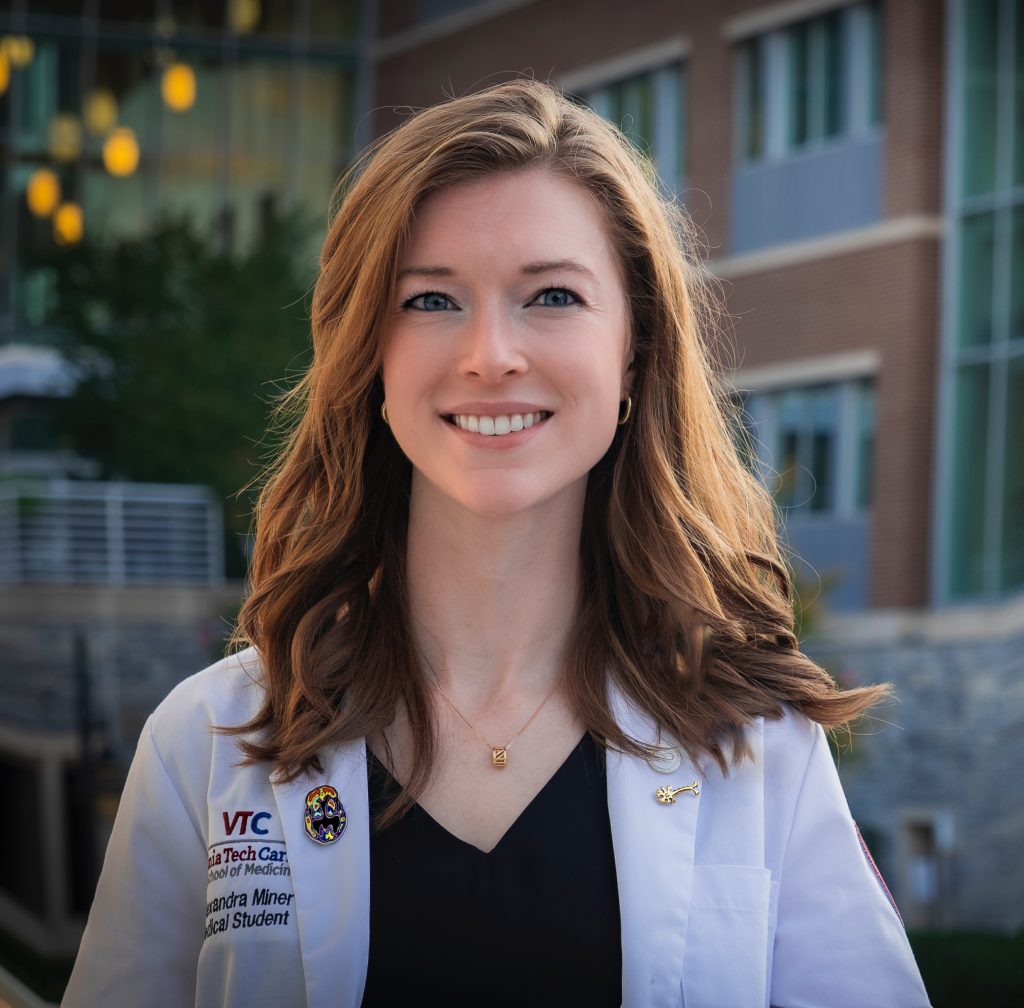 Two years ago, on my first day of medical school, I was touring the hospital with a group of classmates when our tour guide asked us if we knew which specialties we were interested in yet. I had just finished four years of neuro-oncology research after college and had fallen in love with neuroscience and neurosurgery about a decade before that; for a brand-new medical student, I had an unusually clear picture of what I hoped my future as a surgeon-scientist would look like.

I had been asked this question before, and had received enough incredulous reactions about how the training for neurosurgery was too long, too hard, or too unsuited to starting a family, that I had learned to modulate my response. Instilling some amount of ambivalence into my answer seemed to make people more comfortable, less intimidated, and less likely to question my decision. However, before I could give my carefully crafted reply, the girl next to me said resolutely, “Oh, it’s neurosurgery for me”. 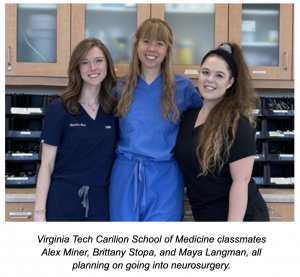 As it turns out, I would be one of not two, but three women in my class of only 43 students who had their heart set on a career in neurosurgery. These wonderful women would become both my inspiration and support system throughout our medical school experience. Our small group of future female neurosurgeons is a microcosm of the rising force of women in neurosurgery on the national level. Neurosurgery, along with orthopedic surgery, interventional radiology, and cardiothoracic surgery, is one of the few remaining medical specialties with a stark gender disparity. Women currently account for only 1 in 20 of the practicing attending neurosurgeons in the country and hold even fewer of the leadership positions within departments and national organizations.

Although it wasn’t until 1960 that the first woman became board-certified in neurosurgery, the field has come a long way since then. As of last year, 19.3% of neurosurgical residents are women, compared to only 12% in 2009, and 92% of neurosurgical residency programs include female trainees. There are now 5 female chairs of neurosurgery departments and Dr. Shelly Timmons became the first woman to serve as president of the American Association of Neurological Surgeons (AANS) in 2018. I have been lucky enough to come across a few phenomenal female neurosurgery mentors, and even though they trained in an era when they were unlikely to have found female mentors of their own, they often remark that they don’t see themselves as trailblazing female neurosurgeons, they are just great neurosurgeons, period.

In a way, it is this mentality that has allowed the field to grow and diversify so genuinely. The women who have changed the face of neurosurgery are, at their core, just surgeons who were determined to do what they love despite the obstacles they would face. There is also a natural camaraderie among the women in neurosurgery. The Women in Neurosurgery (WINS) organization was founded in 1989 to bring together the small community of practicing female neurosurgeons, which at the time was only 23 women, and has grown to have over 200 members who gather at national meetings and collaborate on various diversity, mentorship, and research initiatives.

I recently attended the first session of a new WINS mentorship program that pairs groups of medical students with female neurosurgery residents to offer advice and a sense of community throughout their journey to neurosurgery.  It was incredibly heartening to spend an evening chatting with driven women from around the world who could one day be my colleagues. For once, there was no questioning or cautioning, just support, encouragement, and a shared love for an amazing profession. Many people say choosing your specialty in medicine is about finding your people, and I can’t think of a group of women, however big or small it may be, I’d rather spend the rest of my career with.

Biographies by women in neurosurgery documenting their unique experiences, written by Katrina Firlik, Frances Conley, and a collection of current WINS members. 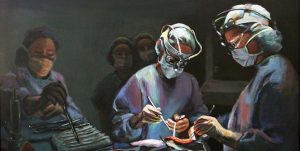 Painting of a female surgical team in the OR by neurosurgeon and artist Kathryn Ko. 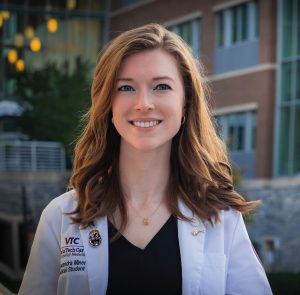 Alex Miner is a third-year medical student at Virginia Tech Carilion School of Medicine in Roanoke, Virginia. She received her B.A. from Vanderbilt University where she majored in Neuroscience, Molecular & Cellular Biology, and Italian, and her M.S. in Biomedical Science from the Icahn School of Medicine at Mount Sinai. Prior to medical school she completed her master’s thesis on genetic mechanisms of drug resistance in glioblastoma and worked as a figure skating coach and science teacher in New York City. Her current academic interests include neuro-oncology, global surgery, science writing, medical humanities, and data science. Outside of the lab and hospital you can find her reading, running, and on Twitter @AlexMiner93.