I remember the first time I diagnosed cancer. I was a 3rd year medical student and was at one of our schools medical student-run  Clinics Commitment to Underserved People. The patient, a post-menopausal patient whose primarily language was Spanish, had come to clinic with a chief complaint of vaginal bleeding. She confided in our team that she knew there was something wrong about that, but she had no health insurance and could not afford to pay her rent and go to see a doctor. A friend had referred her to the CUP clinic. After finishing discussing the rest of her medical history, I prepared for the physical exam. I was actually teaching another student how to perform examinations that day. “After gently inserting the colposcope, we look for any obvious abnormalities, any discharge, or evidence of bleeding.” I remember saying, “Then we will swab for the Pap smear.”

There is a saying in medicine that vaginal bleeding in any woman who has already gone through menopause is considered cancer until proven otherwise. When the colposcope was opened, the light turned on, there it was – a streak of red from the os of the cervix slowly making its way halfway down the vaginal sidewall. I remember feeling my heartbeat and trying to remain calm as we completed the examination. “We will come back with the attending doctor in a few minutes,” I told the patient. The discussion that followed was heartbreaking not only due to the ominous findings on our exam making cancer our most likely diagnosis; the patient without insurance, could not afford all of the out-of-pocket expenses to complete the imaging and additional laboratory testing that was necessary to finalize diagnosis and develop a plan of care.

Unfortunately, this story is all too common and it does NOT need to be so. Every year over 12,000 women will be diagnosed with cervical cancer in the US and over 4,000 will die from cervical cancer, according to the CDC. Many cases are caused by a virus, the human papillomavirus (HPV), which is transmitted by close contact such as sexual intercourse. There is now a vaccine available against HPV which is currently recommended for young girls and women, preferably prior to first sexual contact.

Cervical cancer is most often diagnosed in young women 20-50, although 15% of cases occur in women over 65. It is most likely to be diagnosed early in the pre-cancerous stage by a widely available test called the Pap smear. The test is named so after Dr. George Papanicolau, who was affectionately known as Dr. Pap, who established this cytopathologic method of evaluating cells taken from swabs of the cervix to diagnose cancer while at Cornell University Medical College. When the Pap Smear was first introduced, cervical cancer was the number one killer of women. Since its publication in 1946, the Pap smear test has become widely accepted and has greatly reduced the death rate for women worldwide. The field of exfoliative cytopathology was born and the Dr. Pap’s smear is now used not only for cervical cancer but also for dozens of other tumors. 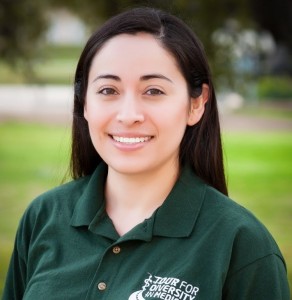 Minerva A. Romero Arenas, MD, MPH is a General Surgery Resident at Sinai Hospital of Baltimore. She received her MD and her MPH from The University of Arizona College of Medicine and the Zuckerman College of Public Health in 2009. She studied Cell Biology and French at Arizona State University as an undergraduate.

Her interests include surgical oncology & endocrinology, global health, health disparities, quality improvement, and genomics. A native of Mexico City, Mexico, Dr. Romero Arenas is passionate about recruiting the next generation of surgeons and is involved in mentoring through various organizations.

She enjoys fine arts, films, gastronomy, and sports. She enjoys jogging, swimming, and kickboxing. Most importantly, Dr. Romero Arenas treasures spending time with her family and loved ones.