I was (am) a math nerd. Math was always my favorite subject in school, and I was pretty darn good at it. Sometime in high school I noticed that people found my interest in math to be surprising because I’m a woman. I went on to major in engineering, another male-dominated field. Not to brag (ok, maybe a little), but I was always at the top of my class. When I went into medicine, and later surgery, I was prepared for the pattern to hold. Even though surgery is a field in which men outnumber women, why should that stop me from achieving and leading? It didn’t take long in my surgical training to realize how naïve I was. I had left the meritocracy of school and entered the real world.

During my intern year, while scrubbed with an older male surgeon, he said to me, “I’m not sure why we train women to become surgeons. They just want to go off and have babies.” He thought he was making conversation, with no insight into how offensive his comment was. Later in my residency, a male faculty member responded to a female faculty member’s concern about a patient by saying, “What’s with the hysteria?” Every woman surgeon has stories like these as well as some that are more harmful and more outrageous. While overt gender discrimination is becoming less and less common, gender bias continues to exist.

Table 1. Percentage of women by rank

Just like lawyers and engineers, women physicians and surgeons make less money than their male colleagues. On the whole, women make 78 cents for every dollar men earn. The disparity is even worse for women of color who make as little as 56 cents for every dollar white, non-Hispanic men earn. Among general surgeons, women make, on average, $83,000 per year less than their male colleagues.

Rather than despair in these stark facts, though, Jessica Bennett’s Feminist Fight Club empowers women to, as the title says, fight back. Bennett describes a gathering of friends and their efforts to support each other through their gender-related workplace struggles. Along the way, she puts names to the common experiences all women share. For example, she describes the bropropriator—a man who takes credit for another’s work by “presenting the ideas of his team as his own, accepting credit for an idea that wasn’t his, or sometimes even doing nothing at all and still ending up with the credit—a convenient reality of being born male, where credit is assumed.” The reader learns this and other new vocabulary: manterrupting (think Kanye West at the VMAs), the permassistant (women’s tendencies to take on tasks, such as note taking, which are not valued by others), the impost-her (feeling like an imposter even when you are qualified—or more than qualified!), femlightenment (being open-minded about women in leadership positions so they actually have a chance to succeed), femulate him (even when lacking confidence, do what a man would do—fake it!). From the very beginning with the definition of subtle sexism (“the kind of sexism that makes you wonder, Am I actually just crazy? [No, you are not]”), Bennett gives us labels we can use to start fighting back.

Please join us in discussing these ideas and more in our upcoming tweetchat, February 13, 2017 at 8 pm EST with the hashtag #AWSchat. I’ll also be sharing some of my favorite quotes and data (yes, data!) from the book. 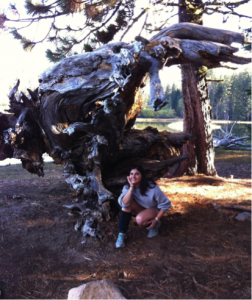 Dr. Salles completed medical school, residency, and her PhD at Stanford University. She finished her formal training with a fellowship in Minimally Invasive Surgery where she has stayed on as faculty. Her dissertation research focused on negative stereotypes about women in surgery and how those affect women training to become surgeons. Her current research focuses on diversity in medicine as well as physician wellness. She invites you to follow her on Twitter @arghavan_salles.

One Reply to “Strategies for Fighting Subtle Sexism in the Workplace”