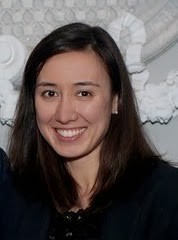 Lean In: Women, Work, and the Will to Lead.

Sheryl Sandberg published this book less than one year ago – and caused quite a stir. Some praise her for exploring the question of why there are so few women in the top ranks of corporate America. Others criticize a perceived failure to represent the needs of the non-elite women who are not in positions to pursue C-suite offices.

We share our impression of her book – a chapter at a time– eyes of individual women in surgery. Not necessarily a book review, we try to draw out any parallels or lessons that the book offers to women who are also operating within a traditionally male-dominated discipline.

We hope you will join in our discussion – even if you have not read the book!

Sandberg writes from the perspective of a woman in business, but I found that many of her observations and points apply just as well to medicine, in particular surgery. She describes that, for a number of reasons, a smaller proportion of women aspire to the top leadership positions in their organizations or their fields. I wonder if a poll of general surgery applicants would also reveal that fewer of the women hope to become Department Chair or President of prominent surgical associations. Is there a leadership ambition gap in surgery?

Reading this chapter, I reflected on my own ambitions. How often had I envisioned myself ultimately becoming Full Professor or Chair or President? The answer was telling—exactly zero. Since then, I’ve committed to ignoring the thought “I could never be XYZ” and follow it with “Why not me?” And I’m going to encourage my female friends to do the same. Instead of dwelling on the difficulties of juggling multiple personal and professional identities, I’ll encourage them, as Sandberg does, “not to be afraid” of ambition. There are many valid reasons a female physician might not embrace the pursuit of being at the top of a strongly hierarchical field, but fear and cultural distaste for a woman’s ambition should not be among them.

Have you noticed a difference in ambition?

Chapter 2: Sit at the Table (Callie)

In this chapter Sandberg discusses how women often feel fraudulent when they are praised because they feel their recognition is undeserved and how she personally felt like an imposter, moments away from the inevitable embarrassment of failure. This is an easy chapter to apply to surgery because the author actually does it for me. She highlights a study that looked at students on a surgery rotation that found female students gave themselves lower scores than the male students despite the fact that the faculty evaluations showed the women were outperforming the men. I am certain that this does not stop when these ladies graduate medical school. Some of them will go onto surgical residency where they will continue to underestimate their abilities despite feedback to the contrary. I see it every day.

The most salient part of this chapter is the inherent differences between men and women when it comes to what each will credit their success to, and more importantly, what they credit their failures to. Anecdotally, I have seen my male and female colleagues deal with complications in vastly different ways–specifically with my female co-residents being quick to take responsibility for a patient’s complication but much less quick to compliment themselves when an outcome is favorable. The fact of the matter is, the data show that women are less likely to credit her success to her abilities and more likely to contribute her failures to them. In another excellent book entitled Mindset, Carol Dweck describes how this thought pattern is something that becomes ingrained in us during our upbringing and requires great focus and attention to our inner monologue to overcome it.

Do you agree that women do not sit at the table enough? Are there differences in our upbringing that make us more submissive perhaps subconsciously?

Sandberg begins this chapter with a reference to Harvard Business School’s Heidi/Howard study, in which students rated a case protagonist far more likeable when the only change to the case was changing the name “Heidi” to “Howard.” She asserts that a woman’s desire to be liked can be an impediment to success because success and likeability for women, unlike men, are often at odds.

I am not convinced this is as true in surgery as it is in business. Surgery is patient-focused work, and the operating room requires a great deal of teamwork and communication between many different individuals. Even research projects are far more successful when one is well-regarded by collaborators. So when I see a highly successful female surgeon, I assume that she must excel in working with others because success in this field depends so much on interpersonal skills. This is the same assumption I make for men. But perhaps relevant take-always for women in surgery are Sandberg’s points about taking ownership of one’s success and the importance of negotiation. She encourages women not to mute their accomplishments for fear of being perceived as likeable, especially within the context of negotiating for themselves.

Do men and women perceive leaders the same way? Are female leaders at an unfair disadvantage?

We value your opinion. Chime in on the comments below, and be sure to check back tomorrow as we continue our discussion in Part Two.

Sophia Kim McKinley is a dual-degree M.D./Ed.M. student at Harvard Medical School and the Harvard Graduate School of Education. She received the 2012 Association of Women Surgeons Patricia Numann Medical Student Award and spent a year as a Zuckerman fellow at the Center for Public Leadership at Harvard Kennedy School. Sophia is passionate about medical education and she hopes to be an academic surgeon who brings educationally-sound innovations to surgical training. Her clinical interests are gastrointestinal and minimally invasive surgery. Sophia is applying for general surgery residency during the 2014 Match cycle.

4 Replies to “Lean In: Book Review & Discussion (Part One)”