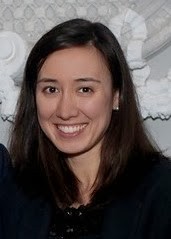 By nature, women are charged with carrying the child, birthing the child, and feeding the child (if one so chooses), resulting in an uneven distribution of work between a couple from conception. This chapter discusses some of the author’s personal struggles with being a new parent and the division of labor and responsibility in her relationship. Data show that in heterosexual couples, when both work outside the home, the women does 30-40% more of the childcare and housework, and as recently as 2009, only 9% of dual-earner marriages said they split the work evenly.

As a surgeon, I would suggest that this needs to be acknowledged and discussed prior to starting a family with a spouse/significant other. When a couple is discussing having children, there can be a lot of debate and negotiations about the vision for that child with regard to religion, discipline, schooling, extracurricular activities, and on and on. One thing should not be a negotiation; both parents must contribute equally to the care and development of the child, and if that is not okay with your partner, I strongly suggest reconsidering him for that role. This does not mean that each task needs to be done by each parent equally, just that the division of labor overall needs to be as close to 50/50 as possible. If you feed the child, your partner can bathe the child, and if you clean the dishes after dinner, your partner can vacuum the floor, etc . . . .

If that was it, things would be easy, but you also have to deal with society. You have to realize that society is going to set out to make your male partner feel emasculated because he is sharing household and child-rearing tasks with you. Believe it or not, even in 2013, men are still harassed for staying at home with their kids. Lighthearted comments and snide remarks can be hurtful to our male partners. The easiest way to counteract those actions is to let them know how appreciated they are, not because they are doing things FOR you but because they are doing them WITH you. Society will also try to make you feel badly for working outside of the home. People will tell you how wonderful it is or how lucky you are that your husband “watches” your kids for you. When this takes place, you should feel free to inform these people that the father of your children is fathering them. Nothing more, nothing less. But overall, my best advice is to ignore, ignore, ignore. If it works for you and your family, the rest does not really matter.

Do you have a family? Is your partner in medicine or surgery? Are couples in similar fields more likely to succeed or fail?

Chapter 9: The myth of doing it all (Callie)

In this chapter, “having it all” is called “the greatest trap ever set for women,” “antiquated rhetoric,” “a myth,” and a “recipe for disappointment.” I think we can all agree that this phrase should leave the vocabulary of our society and never return. Sandberg quotes some amazing women in this chapter: Gloria Steinem, Nora Ephron, Tina Fey. All of it is to say that being a working parent is hard work, and it doesn’t always (read: almost never) go according to plan, but the best way to manage is to cut yourself some slack, be willing to compromise, be honest with yourself about your own goals/desires, and be willing to change the plan. Admittedly, some of these things are much easier to do in other lines of work and at different points in our surgical careers. For instance, it would be great to be able to work the hours that worked best for my family, but those aren’t the hours that are best for my patients, my attendings, my co-residents, or my hospital system, so as a resident, I work the hours I work, and when it comes time to choose a job, I may want to take that into consideration in my choice.

Another important point is that we need to manage our guilt. This is a hard one because, no matter how many times you hear people say that your kid(s) will be okay even though you don’t stay home with them, the one time someone insinuates the opposite, it will stick with you and that one thought can fester and cause a lot of damage to your psyche. However, as lovers of science and evidence-based practice, we should rely on the data. As the author points out, data show that kids who are cared for by their mom vs. those also cared for by others develop the same, build the same relationships, and still bond with their moms. Also, having an involved dad, a mom who gives you independence, and parents with emotional intimacy are much more influential on a child’s development than having their mom care for them exclusively.

Full disclosure: despite this data, I still feel guilty quite frequently. I was irrationally crushed just last week when we missed my son’s 12 -month check-up because my husband and I both forgot. Other than reminding myself that the kid is fine, the appointment was rescheduled, and nothing bad actually happened because of this. Conclusion? I do not have a good solution to these thoughts.

Sandberg encourages a conversation about the influence of gender in the workplace—the whole point of her book is to start talking about it. I’ve heard from more senior women in surgery that the attitude in the past has been one of “play along to get along.” That is, you don’t bring up the fact that you are a woman because you don’t want to bring any more attention to your obvious minority identity. While “play along to get along” may be useful for an individual to minimize any associated penalty for being a woman, Sandberg would challenge this strategy as one that would win in the long run. She encourages naming hidden biases and the micro-aggressions against women as a way to move forward toward gender equality.

Once, when I told a faculty member that I was going into general surgery, the first thing she said was “Are you planning on having children?” I highly doubt she would have asked the same question to a male medical student, which means that my gender was a strong determinant in her attitude toward my chosen career. I shared her comments with other faculty as a way to shed light on the ways in which women who pursue surgery continue to be treated differently, even by other women. Knowing precisely how and when to raise the topic of gender requires thoughtfulness and discretion, but I am hoping that forums such as the AWS Blog will continue the conversation about gender and surgery in a way that is rigorous yet respectful.

Have you encountered gender discrimination in or out of surgery? How have you addressed it?

Chapter 11: Working together towards equality (Callie)

“Today, despite all of the gains we have made, neither men nor women have real choice. Until women have supportive employers and colleagues as well as partners who share family responsibilities, they don’t have real choice.” This is where the AWS and each of us at our institutions across the country can make a big impact. We can be those colleagues and mentors. We can encourage our fellow women surgeons to make their partners real partners. We can speak out when we see or hear a male medical student or resident praised for their outgoing spirit while a female who behaves the same is chastised for her aggressiveness. If we do not point out the inequities of such thoughts and perceptions, they will never end.

As Deborah Gruenfeld is quoted to have said, “Working together, we are fifty percent of the population and therefore have real power.”

How can we move toward equality? How can we engage the men in these initiatives?

We have truly enjoyed reading and discussing our thoughts on this book and the parallels drawn in the surgical world. Please join our discussion below and share your input on how we can improve personally, as a discipline, and as leaders.

Part One of the discussion can be found here. Part Two, here.

Sophia Kim McKinley is a dual-degree M.D./Ed.M. student at Harvard Medical School and the Harvard Graduate School of Education. She received the 2012 Association of Women Surgeons Patricia Numann Medical Student Award and spent a year as a Zuckerman fellow at the Center for Public Leadership at Harvard Kennedy School. Sophia is passionate about medical education and she hopes to be an academic surgeon who brings educationally-sound innovations to surgical training. Her clinical interests are gastrointestinal and minimally invasive surgery. Sophia will be applying for general surgery residency during the 2014 Match cycle.