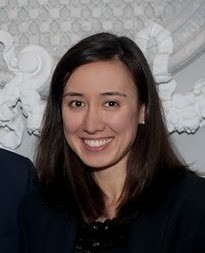 Chapter 4: It’s a Jungle Gym, not a Ladder (Sophia)

Sandberg reveals that she did not have a master plan at the outset or her career. Instead, she took opportunities as they arose or created her own opportunities. Again, business is a different context than surgery, in which the progression up the totem pole happens in a very particular and prescribed order. Still, there are elements of uncertainty, risk, and surprise when making decisions about a career in medicine.

Even as a 4th year medical student, I can describe junctions and branch points in my medical career where, instead of taking the safe or planned route, I pursued something else and wound up in a wonderful situation. I entered a lottery to be one of a dozen students in a novel, integrated third year and found myself having yearlong relationships with patients. It was there that I abandoned my plan of becoming a dermatologist in the operating room of a surgeon who would become one of my greatest mentors. And because of the effect of this new rotation system, I developed an interest in surgical education and ended up taking a year off to complete a Master of Education. It’s easy to look at someone successful or admirable and imagine him or her climbing a ladder straight to that position. Long-term goal setting and planning are critical to achieving ambition dreams, but Sandberg reminds her readers that there is likely more to the story, including a willingness to pursue unanticipated opportunities because of the potential for growth, whether that be taking a job in a new part of the country, starting a new research project, or taking on additional responsibilities in one’s current practice setting.

Have you taken alternative routes in your career?

Chapter 5: Are you my mentor? (Minerva)

“It should be a badge of honor for men to sponsor women.”

This chapter is full of practical advice that can easily be applied into any field, and in my opinion, can help both the mentee and the mentor. Through anecdotes of Sandberg’s own mentors and the people she has mentored herself (whether officially or not), her message becomes clear: mentoring relationships have to develop naturally and grow. As such, having ground rules for these relationships is important.

In my own experience, it is important to have more than one mentor, something Sandberg alludes to through various anecdotes. For example, I have surgical mentors to whom I can turn to for various aspects of my career: my clinical concerns, career advice, and even task or situation-specific guidance. I have mentors to whom I can turn to for support and life advice. I also have some informal mentors with whom I interact on a less frequent basis (often by email or occasional text messages or calls).

The importance of mentors in surgery (as in other fields) is obvious and many employers and medical organizations, including AWS, have launched their own mentorship programs. Interestingly, Sandberg points out that “official mentorship programs are not sufficient by themselves and work best when combined with other kinds of development and training.”

What has your own mentorship experience been like? Have you been a part of an organized mentorship program?

If you have not downloaded the AWS Pocket Mentor you may do so here. You can also read our AWS blog post for good advice passed down from our mentors.

In closing the chapter, Sandberg writes one of the sentences that made me think a lot about my own experience in surgery- “And maybe the compassion and sensitivity that have historically held some women back will make them more natural leaders in the future.”

What I took away from this chapter really was a lesson in effective communication and leadership. By this point in the book it is no doubt that Sandberg has research to back up the inescapable fact that gender strongly influences others’ perceptions of a person. In fact, gender strongly influences our own perceptions of ourselves. Sandberg laments that women hesitate to provide honest feedback, lest they be labeled as whiners or avoid discussing their children at work lest their priorities be questioned. Instead she advocates for honesty and a shift in leadership that strives for “authenticity over perfection.”

I have seen both types of leaders and struggled with the qualities I want to emulate. Slowly I have realized that some situations will call for a different kind of leader in order to be effective. For example, I know a leader who is generally regarded as someone who has high expectations, demands perfection, and may not be the easiest person to please. While this style may aggravate colleagues and subordinates in many situations, in surgery this type of leadership is essential when dealing with decisions that carry serious consequences such as life or death. Ultimately, more diversity in the workforce will translate to changes in leadership and eventually, I hope more equitable roles in the workforce.

Have you ever felt like you could not voice concerns out of fear that you may be labeled as a complainer or not a team-player?

Sandberg points out that many women start to end their career before even getting out of the workforce. In an extreme example, Sandberg notes a young employee who worried about raising children before even being in a relationship, pregnant, or anywhere near having to worry about career-personal life balance. She raises a valid point that instead of holding themselves back from success due to being unable to meet demands later – women should aim for success and adjust or scale back as needed later when their success will lend them much more flexibility.

When I read this chapter I immediately thought of one surgery mentor. Having seen many intelligent, bright, and technically gifted female residents quit surgery for their families, he would frequently warn me not to quit surgery “because you want to have kids.” Most of the time I thought he was kidding with me, but in retrospect I feel lucky that someone saw enough promise in me and cared enough to open up a sincerely dialogue with me about career planning.

I must admit that I am guilty of nearly doing this to myself. While I had mentally prepared to make sacrifices for my career, during medical school I realistically started to consider how much of my life I would let my career consume. After my clinical rotations I was convinced in my heart that I wanted to do surgery, but all the warning alarms in my mind were going off. I am thankful that I had the sense to call one of my mentors (and a voice of reason) to help me think through this seemingly enormous decision. “Why not?” she asked during that call –I had no answer –and with that simple question she helped me realized that only I could hold myself back from a fulfilling career in surgery.

Do women really leave before they leave?

We value your opinion. Chime in on the comments below, and be sure to check back tomorrow as we continue our discussion in Part Three. Yesterday’s discussion can be found here. 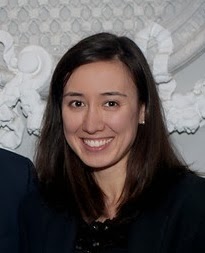 Sophia Kim McKinley is a dual-degree M.D./Ed.M. student at Harvard Medical School and the Harvard Graduate School of Education. She received the 2012 Association of Women Surgeons Patricia Numann Medical Student Award and spent a year as a Zuckerman fellow at the Center for Public Leadership at Harvard Kennedy School. Sophia is passionate about medical education and she hopes to be an academic surgeon who brings educationally-sound innovations to surgical training. Her clinical interests are gastrointestinal and minimally invasive surgery. Sophia will be applying for general surgery residency during the 2014 Match cycle.