When I was seven years old, I remember sitting in front of the television watching in awe of Hillary and Bill Clinton at one of his presidential addresses.  I grew up watching her transform into someone who broke the mold of what it meant to be a woman throughout her lifetime.  In truth, I knew I wanted to be like her.  At that time, there seemed to be so few modern female role models challenging conventional views of women in society. 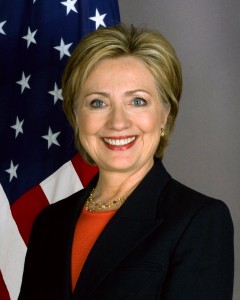 I have taken some time to reflect on the meaning of being a citizen of a nation that has finally nominated a female candidate for President.  Regardless of political views and our feelings about this presidential race, I think as women in surgery, we can appreciate the visible milestone of this election season.

I would like to think in the next five, ten, and fifty years, more women will run for political office, create dynamic change as CEOs and entrepreneurs, and pursue careers in medicine, particularly in surgery.  I hope Hillary Clinton is the first of many to be able to truly inspire and catalyze progress for women in surgery as we make small steps to diversify leadership roles and opportunities in our departments, medical schools, and academic institutions.

I believe the glass ceiling within surgery is slowly starting to dissolve, as we recognize the valuable perspectives both women and men are able to bring to patient care through training and practice.  Moreover, I am lucky to have now found even more female role models within medicine, who equally inspire, in my path through medical school. Where do you see women in surgery after 2016?

P.S. Curious about the future of women in surgery? Want to engage with a network of female mentors? Register now for the AWS Conference in Washington D.C. this October!

Shree is a third year medical student at Case Western Reserve University, where she also completed her bachelors of science degree in biology.  Prior to medical school, she performed prostate cancer research at the Cleveland Clinic and University Hospitals of Cleveland. Shree is passionate about clinical research surrounding patient decision-making and medical education. In her free time she enjoys blogging for the AWS blog, practicing yoga, and boxing.