The above information juxtaposed with the following heightens the need for awareness to be raised regarding minority health.

April is National Minority Health Month. Sponsored by the Office of Minority Health (OMH), the theme this year is “Bridging Health Equity Across Communities.” Healthy People 2020 defines health equity as the “attainment of the highest level of health for all people.” This definition incorporates social determinants of health- where we live, work, play- as factors impacting overall health. OMH invites individuals and organizations to engage in their own communities to achieve equity. There will be a Twitter Town Hall on April 12 and a Twitter Chat on April 25. For more information, go to www.minorityhealth.hhhs.gov.

“Without health, and until we reduce the high death rate, it will be impossible for us to have permanent success in business, in property getting, in acquiring education, or to show other evidence of progress” 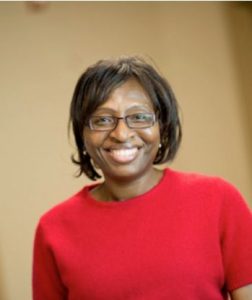 Dr. Williams is board certified in general surgery.  Her clinical interests are diagnosis and treatment of diseases of the breast.  She is currently the Co-Chair for the Association of Women Surgeons Clinical Practice Committee.  She is a member of the Tennessee Medical Association and serves on the Insurance and Constitution and Bylaws Committees.  She is also a delegate for the Nashville Academy of Medicine.  Over the years, Dr. Williams has been an active participant in the Nashville community.  She has served as a board member of the Tennessee Breast Cancer Coalition, the Nashville Affiliate of Susan G. Komen for the Cure, and the MidSouth Division of the American Cancer Society.  From 2000 to 2007, she was president of the Nashville Chapter of the National Black Leadership Initiative on Cancer.