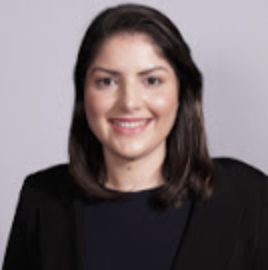 What if this song played while you were in medical school, during your rotations, throughout your residency, or even during a committee or faculty meeting? Would you answer: “it’s me!”?

For many students, residents, and faculty members in surgery this is likely their answer. According to the AAMC, underrepresented in medicine (UiM) are individuals whose race/ethnicity are underrepresented in the medical profession relative to their numbers in the general population. UiM females in surgery are also  a minority in terms of gender. Although women account for over  40% of all surgery residents, according to a recent study by Aggarwal and colleagues, Hispanic females and Black females only comprised 2.1% and 2.6% of surgical residents, respectively, with similar numbers for Hispanic and Black males. Similarly, Valenzuela et al. found that surgeons from UiM backgrounds account for only 7% of academic surgery faculty in the U.S. UiM surgeons are also less likely than Caucasian surgeons to remain in academia, as revealed  by Abelson and colleagues, with Black assistant professors having the lowest rates of promotion compared to other racial and ethnic groups.

If you’ve ever walked into a room for an academic function and been the only female/UiM/LGBTQ+ in the room, you don’t need the statistics referenced above to know your reality. If you have been mistaken as the OR turnover crew, asked by a Caucasian medical student to pull their gown or gloves assuming you are the assistant, or confused with the only other UiM “X” at your institution, then you certainly have lived the statistics.

For the allies, #HeForShe, #WeForShe, mentors, and sponsors, the question remains – knowing that surgery is deficient of UiM residents, faculty, and leaders, what are we (as a surgical community) going to do to increase diversity, promote inclusion, and ultimately reach equity?

We must first examine the barriers preventing diversity, equity, and inclusion within surgery, starting with our own training programs, departments, and institutions. We must acknowledge that gender and racial/ethnic discrimination are still experienced by residents and faculty members. Discrimination experienced by surgical trainees has been associated with decreased productivity and mental well-being. Social media has served as a tool to emphasize such inequities in surgery, as evidenced by surgical departments that lack diversity being highlighted, manels at conferences being called out on #MedTwitter, and challenges like “Walls Do Talk” and #HerTimeIsNow.

There are many existing examples of how each organization, journal, or society can contribute to diminishing disparities, including: Intentional efforts by organizations like #EASTForALL, seminars and working groups from the Resident and Associate Society of the American College of Surgeons (ACS) and ACS, the creation of liaisons between the various diverse societies (Association of Women Surgeons Association for Academic Surgery, Society of Black Academic Surgeons, Latino Surgical Society, and Society of Asian Academic Surgeons, and Out Surgeons & Allies), and calls for action by surgery journal editors to increase diversity within the editorial and peer review process.

As a Puerto Rican female, my call to action for you is to examine your program, your department, your institution, and the societies you participate in, and intentionally encourage them to create a safe space for UiMs to thrive. Advocate for your trainees and your colleagues who seek support in establishing programs to recruit and develop URMs in surgery. Lastly, the next time you notice that  “one thing does not look like the other” be reminded that it is your call to action and your opportunity to act so it doesn’t keep happening.

Patricia Martinez Quinones, MD, PhD, is a general surgery resident at the Medical College of Georgia at Augusta University. She plans to continue her career in academic trauma and critical care surgery. Patricia has served as the Chair for the AWS Resident and Fellow Committee and the AWS Blog Committee and currently serves as the Resident and Associate Society (RAS-ACS) Liaison. She is a doggy-mom and wife who is passionate about promoting equity in healthcare, mindfulness, running, and healthy-living. You can find her on Twitter at @PMartinezMD.