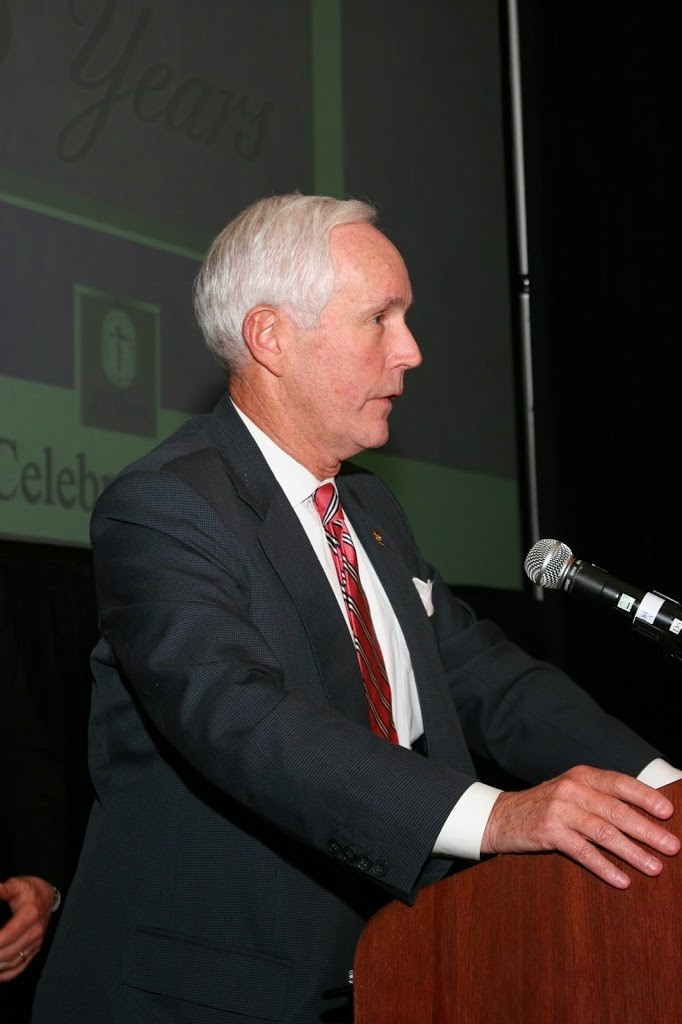 AWS lost a long time friend and supporter this month. Dr. Russell is remembered fondly by those Council members who had the privilege to interact with him during his visits to the annual Spring Council meeting that was held at ACS headquarters in Chicago. 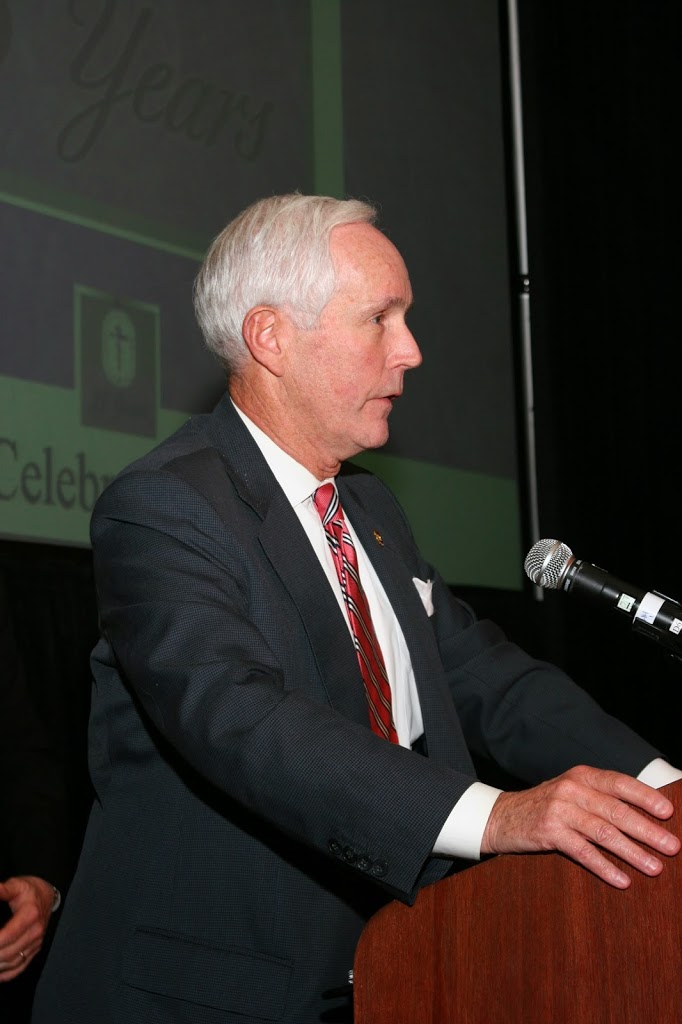 He is seen in this photograph accepting the AWS Nina Starr Braunwald award on behalf of the ACS in 2006. He worked hard to support women in surgery. Read more about Dr. Russell here.

“Dr. Russell was very accessible, even to the resident. He came to speak at our institution, and in his answers, he discussed how he attempted to answer as many inquiries or problems as possible in his position as executive director of the ACS. He understood that medicine was changing, and tried to make sure that no surgeon was left behind. He acted as both guardian and muse.”

“[Dr. Russell’s first interaction with the AWS as Executive Director of the ACS came at a Spring Council meeting in Chicago.] When he had the politically sensitive task of mending the fence [after a prior meeting of the AWS with a colleague had not gone as well as expected]. The look on his face as he entered the room was not unlike the ones I’ve seen on residents walking into an operating room to discuss a difficult situation with an edgy attending. It was clear he was trying so hard to let the AWS know he really felt bad about what happened, that all is defenses fell away and he spoke from the heart. He talked about how his own daughter wanted to be a surgeon and how he really and sincerely wanted the AWS and ACS to work together to make things better for all women surgeons. He was so genuine and earnest in his talk that no one had the heart to re-hash the hurt feelings. We thanked him for his sincerity and have appreciated his efforts on the part of the AWS ever since.”

“I have been fortunate to mentor and train Katie Russell, Tom Russell’s daughter, as a general surgery resident for the last 6 years. Katie is truly her father’s daughter, someone who approaches every situation with kindness and enthusiasm, and someone whom you can unequivocally depend upon. Although I peripherally knew Tom before Katie joined us at Utah, I got to know him better during her time here, which was a genuine privilege. Every time I would run into Tom at a meeting, I would get a warm hug and he would express his gratitude for my mentorship of Katie. What I couldn’t ever explain to Tom was that Katie is one of those superstars for whom I feel like I have had to do relatively little – I’ve simply encouraged, provided opportunities, and enjoyed being within her orbit. I see his grace and humility in all of my interactions with her, and I am better for knowing them both. Tom will be deeply missed. I’m grateful that another generation of the Russell family is part of our wonderful profession. He leaves us an amazing legacy in many ways.”

We look forward to reading more memories from our members. Please respond of below or on our Facebook page.