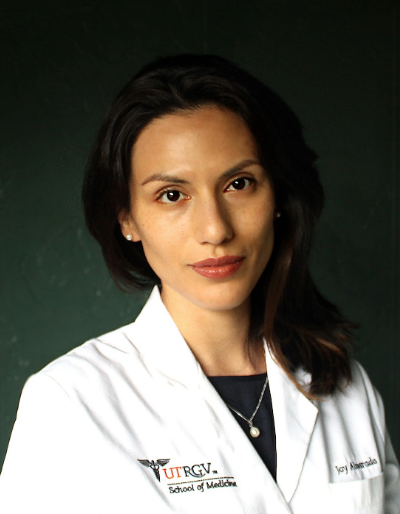 Although there have been major advances in the field of surgery toward gender parity, some circumstances that are unique to women still remain poorly addressed. One such circumstance, colloquially known as The Red Tide, Aunt Flo, The Monthlies, The Cycle, or Shark Week (for those National Geographic fans; i.e. dealing with menstruation), still seems to challenge our expectations of what a surgeon should look like. At a minimum, it still induces fear of mythical proportions in young women who are considering the field.

I know this to be true, because as a young woman entering surgery I heard many horror stories during medical school. They always starred a 4th year student or surgical resident who suddenly experienced The Red Tide oozing down her leg during an operation. Our protagonist would not be able to scrub out to change her clothes and would have to suffer with a growing, unconcealable red stain garnering the attention of everyone in the room. I remember hearing similar stories in middle school, except instead of being in an OR, the hard-working and well-meaning girl would be in a classroom. What makes these stories truly horrific is not the scarlet stain (although it is a pain to wash out) but the reactions from those who witness it. In grade school, having an accident would not only evoke laughter from other students but also, and perhaps more fearsome, genuine concern. The student who was bleeding would have to go to the nurses’ office. She would have to be removed from the classroom activity. She would have to change clothes or wear a jacket around her waist, heightening her growing self-consciousness with a new fear that any wrong movement could reveal her plight. When she came back to the classroom, for a few moments she would have to face the concerning looks from her peers, asking “What happened?” and “Are you OK?”  Finally, she would be faced with the teacher’s inevitable question: “Do you want to rest for a little while?”

This concern is not a bad thing on its own. Those of us who have experienced cramps or moodiness, and especially those of us who did not like Physical Education, can attest to the glorious option of resting and the kindness of nurses. However, there are times when this concern becomes limiting, for example, when other children assume you aren’t capable of playing sports well or when you come back from the nurses’ office and find out that you missed a key part of the lesson. Worse is when the concern turns into suspicion, when students start to think that maybe you left the activity on purpose or maybe you like the attention from the nurse and you don’t want to participate in class activities like everyone else. Perhaps other students become resentful of the fact that they had to work harder while you were gone. Although embarrassing, the greatest fear is not that you are having blood stains on your pants. For ambitious girls, the greatest fear is that you are considered a weaker team member than everyone else, that, no matter how hard you work, if you have an accident you will not be able to fully participate, and any special accommodations made for you will slow everyone down.

In the OR, this fear is heightened as “participation” is more than classroom activities or dodge ball. It’s your career. In the minds of young women considering surgery, the embarrassment of having blood show through their scrubs is minuscule compared to the fear of what happens afterward. They must either stand there with blood running down their legs or ask that the team pause the operation, allow them to scrub out, and have a fellow resident take their place while they go to the bathroom. Even after this request is granted, while frantically changing into new scrubs, it doesn’t stop the fear in their minds:  Am I now considered the weakest team member?

Perhaps these fears are unfounded and many of the The Red Tide horror stories are mythical, but myths are often seeded in historical truths. Menstruation was once thought to be a curse, even providing proof (in some sects of Christianity) of God’s anger at Eve for the fall of man. In ancient Greece, the term ‘hysteria’ was used to describe a condition in which a uterus full of blood wanders around in a woman’s body, causing psychiatric disturbances. In the 1900s, the term ‘hysteria’ was still being used by physicians to describe the mood swings associated with menstruation. In the past, menstruation and its related symptoms were used as a way to deem women unfit for certain careers. Today, there is still a fight for “menstruation equality,” with the tampon tax controversy taking center stage.

It is no wonder that myths continue to propagate in fields dominated by men. In fact, I am in the military, and the myths I’ve heard about bleeding in uniform during outdoor drills are just as harrowing as the ones I’ve heard in the OR. However, due to the increased presence of women in the military, for every myth I’ve heard, I’ve also heard a good piece of advice. For example, using particular uniform pockets for storing tampons so that they stay dry, or taking strategically timed bathroom breaks during boot camp. The good thing is that drill sergeants and military leaders are now encouraged to excuse women when possible to change their pads or tampons, and the military at-large has been educated on the damaging effects of sexist commentary on attrition, training, and performance. The message is clear: when we make gender discrimination a thing of the past, everyone benefits.

Despite these gains in gender equality, circumstances unique to womanhood are still causing fear in those pursuing male-dominated careers. The fact is, women are a new presence in surgery. Even as recently as the 1980s, women were estimated to only comprise up to 2% of surgical residents. In the past, our periods were not regarded as a normal part of life, but as something that caused us to become ill and less than. There is a greater moral here, and as we continue to fight toward gender parity, it is important for us to contemplate the reasons why these tales continue to exist. Where is this fear coming from? Perhaps we can push toward gender parity faster by dispelling the myths, and ensuring that our response to menstruation doesn’t inadvertently limit our fellow female surgeons. I wish that for every horror story I heard about menstruation in the OR, I heard some great piece of advice from a woman surgeon.

Joy Alvarado holds a Bachelors of Arts in English from the University of Texas at Austin, a Masters of Health Science from Johns Hopkins Bloomberg School of Public Health, and a medical degree from the University of Texas Rio Grande Valley School of Medicine. She is also a Captain in the US Army. She is passionate about alleviating health disparities, and enjoys oil and acrylic painting. She maintains a blog with her artwork here. Follow her on Twitter @thejoyalvarado

5 Replies to “Navigating The Red Tide: Menstruation and Myths in the OR”